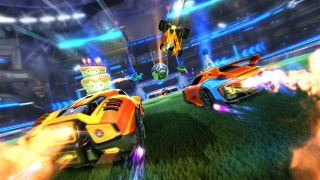 Rocket League Season 11 has started, meaning players can take on their placement matches and see where they place in a new division. Competitive rewards for Season 10 should be distributed by now too, meaning you can show off your legendary goal explosions when you're knocking goals past your opponents.

In this guide, we’re going to offer up everything we know about the forthcoming season, from the start date to what it may bring to the game, so you can prepare to climb the leaderboards again.

When does Rocket League Season 11 start?

Season 10 has been one of the shortest competitive seasons in Rocket League, lasting a meagre three months. Perhaps this is a good thing if you’re ready to wipe the slate clean, as it also means that Season 11 is right around the corner.

If you’re part of the tiny percentage of players who have achieved Grand Champion status in competitive Rocket League, you’ll also be awarded an in-game title relating to your competitive mode of choice, as well as all of the regular goal explosions.

All in all, you have a couple of weeks left to boost your ranking and achieve better rewards before the game soft resets your progress for the next season. The way the soft reset works is that you’ll have to play another 10 placement matches, but you will most likely retain your Season 10 rank (if a few tiers lower) if you play at the same level, as your MMR will not be wiped to zero, just hidden.

What can we expect from Rocket League Season 11?

Given that Rocket League developer Psyonix has just been acquired by Fortnite titans Epic Games, we imagine that they’ll want to make an impression with Season 11. The game is currently still available on Steam, but it is thought that it will eventually be removed from sale once the game swaps over to the Epic Games Store later this year.

Psyonix plans to “leverage” their new deal with Epic to “grow the game in ways we couldn’t do on our own before,” which we can infer means more updates and content going forward.

With the advent of the Rocket Pass instalments dropped throughout the last year, you can see where Psyonix is learning from its new business partner, as it brings weekly challenges to the game amidst the suite of cosmetic items.

Whilst the Season 10 patch didn’t really add much to the game beyond a new Curveball mutator and making extra modes like Dropshot and Rumble available in free play, perhaps Season 11 will address more known issues raised by the community. As of right now though, we don’t really know what’s to come, content-wise.

Around the time of the season's release, Psyonix dropped a summer roadmap which detailed what's to come later in 2019. It mentions that in June there will be "the biggest in-game event that Rocket League has ever had," with event-limited items and xp packs for players to buy.

Psyonix also wants to add a system for partying up with strangers easily and the developer is working on polishing up inventory management and trading.