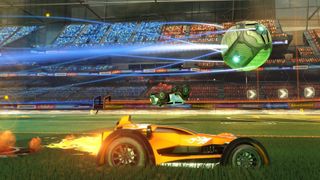 Psyonix has pushed out another update, with the latest Rocket League patch notes bringing the game to version 1.62. It’s fairly small but fixes a few annoying bugs in the game and smooths out some matchmaking issues that will please a lot of players.

It’s a fairly varied patch, fixing everything from the dynamic range of game audio to the paint job on the DeLorean from the Back to the Future DLC. The most important fixes to pick out include the Switch-specific update that stops the game from freezing when players play with an account that isn’t linked to a Nintendo Account, and a reduction in audio drop-outs which were being caused by problematic memory behaviour.

Psyonix has also outlined a few known issues that they’re going to be working on now that 1.62 has shipped. These include adding Depth of Field controls to the Replay FX system on the Switch and fixing overlapping item-loading icons and invisible cars. Spooky. You can check out the changelog in full below.