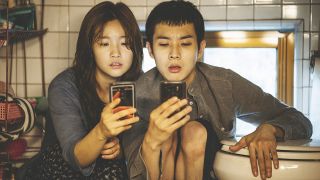 Sam Mendes was expected to walk away with the Oscars for Best Director for his work on the one-take World War One movie 1917. Yet, it was not meant to be. Instead, Bong Joon-ho pulled off a surprise victory for Parasite.

Looking at the audience with an expression of sheer surprise, Bong thanked fellow nominees Martin Scorsese (The Irishman) and Quentin Tarantino (Once Upon a Time in Hollywood) for supporting his work in the United States.

The director finished his speech by saying: "I will drink until the next morning."