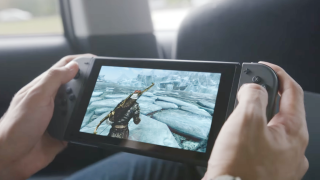 Battery life has been a major concern for potential Nintendo Switch buyers. Nintendo itself said the system would have a 2.5 to 6.5-hour battery life, which doesn't sound like a lot. But even before the console was officially revealed, fans wondered, "Just how well is this whole handheld/home console hybrid idea going to work in the real world?" As it turns out, the answer is "pretty well, actually."

Family Gamer TV set up their own Nintendo Switch battery life test, and the results show the system outlasting a majority of handheld devices - including both the old and new models of 3DS, the PlayStation Vita, and several iPad models. In other words, if you've been satisfied with your on-the-go gaming experience thus far, you likely won't be let down by the Switch.

The caveat here is that none of the systems tested were running a game, merely their operating systems. But considering there isn't a single game available for every platform (except maybe Bastion), this is probably as even a playing field as we're going to get. Also keep in mind that you'll likely get a shorter charge if you're playing something graphically intense, and a longer charge if you tweak settings like brightness and turning WiFi off.

That all being said, the full list of results is below: