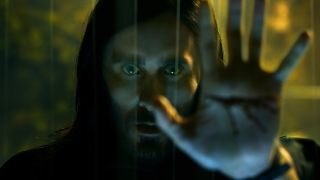 Way before the Marvel Cinematic Universe was a colossal box-office juggernaut, journalists were busy speculating about when the so-called superhero bubble would burst. “Is it just me, or is the strain starting to show?” asked The New York Times in 2008 following the success of both The Dark Knight and Iron Man. “In their very different ways,” the article continues, “these films discover the limits built into the superhero genre as it currently exists.”

Yet, the MCU – under the leadership of Kevin Feige – changed what superhero movies could be. These weren’t schlocky, spandex-wearing men punching cheap CGI monsters. Nor were they dark, brooding heroes with Daddy issues. These were quip-tastic, six-packed heroes with hearts of gold. Sure, there were some duds to begin with (arguably The Incredible Hulk), but Feige’s movies balanced the fun of Richard Donner’s 1978 Superman with the more grounded heroics of Christopher Nolan’s Batman trilogy.

The biggest revelation, though, was the success of the shared cinematic universe. The first Avengers movie was a truly game-changing crossover, proving that people would buy a ticket to a blockbuster that brought together five separate movies. So effective has the formula proven, that Avengers: Endgame is now the highest-grossing movie of all time.

However, there are now genuine concerns that this could all fold in on itself. Five movies for Avengers was doable. Twenty-one for Avengers: Endgame was a lot, but the Russo Brothers carefully constructed a story that wasn’t overly reliant on any non-Avengers instalments in the MCU – though, those of us who had forgotten Thor: The Dark World existed may have struggled at points.

Moving forward, the MCU is not only expanding at a colossal rate on the big screen – there will be two MCU movies in 2020, four in 2021 – but also at home. The Disney Plus series WandaVision, about Scarlet Witch and Vision, will reportedly lead directly into Doctor Strange and the Multiverse of Madness. Does that mean we have to invest an additional few hours into a TV series just to understand the movie? There have been crossovers between Agents of Shield and the movies before, but never anything that required you to watch the TV show.

Of course, that’s doable for fans, and I honestly hadn’t thought too much about the struggles of keeping up with the MCU until now – with the release of the Morbius trailer.

Starring Jared Leto as a doctor-turned-vampire, Morbius directly connects with Tom Holland’s Spider-Man, a prominent member of the MCU despite his solo movies being produced with Sony. At the end of the Morbius trailer, we see Michael Keaton’s Vulture – the villain who was last seen locked in prison at the conclusion of Spider-Man: Homecoming – talking to Leto’s bloodsucker.

Now, this all came as quite a surprise. Morbius is not part of the MCU, as it’s produced by Sony, Yet many fans are speculating that this could hint at Sony’s plans to produce a Sinister Six movie, bringing together the villains from Venom (also Sony-produced), Morbius, and the MCU Spider-Man movies – but not the Avengers movies, due to contractual ties.

With this one cameo, a whole bunch of questions are being raised. If Sony’s Marvel Universe ties into the MCU, are they required viewing for MCU aficionados? Does Venom now exist in the same universe as the Guardians of the Galaxy? Was Tom Hardy’s anti-villain snapped by Thanos? Will Venom and Spider-Man face-off in the near future? If Sony wants to do Sinister Six, will they bring back Jake Gyllenhaal’s Mysterio from Spider-Man: Far From Home?

There will no doubt be some confusion going forward; confusion already hinted at by the messy, highly publicised contractual disputes between Sony and Marvel last year. If Spider-Man does appear in Sony’s Sinister Six movie, the character – who’s so integrally linked to Tony Stark in the MCU – probably won’t be able to mention Iron Man thanks to the legalities. How are they going to explain that away? And will Spider-Man in the MCU makes reference to Venom and Morbius?

Audiences have proven forgiving when it comes to glossing over deep-cut references to other Marvel properties. But future movies could easily fall into the same trap that Star Wars: The Rise of Skywalker does – where balancing the cinematic history of a franchise and creating a new story that works by itself proves tricky. Director J.J. Abrams, I believe, did an admirable job under the circumstances, but the complexities of the MCU could lead directors down a similar hole, where they’ll need to spend way too long coming up with explanations as to why the Hulk isn’t helping Spider-Man defeat the Sinister Six.

Chances are, the Sony movies will end up like the ill-fated Marvel Netflix series – Daredevil, Jessica Jones, Iron Fist, Luke Cage, The Punisher – where each instalment takes place in a relatively self-contained universe with limited references to the events of the wider MCU. However, I would argue that there will be different expectations placed upon Morbius, the Venom sequel, and the inevitable Sinister Six movie. These movies are not only playing to a much wider audience in cinemas, but will – as we’ve already seen – include major characters from the MCU Spider-Man instalments. People will expect ties to the MCU that simply can’t happen due to legalities. The Sony movies are potentially convoluting an already overly-convoluted universe.

And that’s to say nothing of the sheer number of superhero movies coming to cinemas. Shang-Chi, Doctor Strange 2, Spider-Man 3, and Thor 4 are all coming in 2021. Sony hasn’t announced any 2021 release dates, but we can expect at least one of the following already-announced projects to hit cinemas: Nightwatch, Kraven the Hunter, Madame Web, Black Cat, Silver Sable, or Sinister Six. (That’s to say nothing of Warner Bros’ The Batman, The Suicide Squad, and Black Adam, all of which have 2021 release dates.)

If done wrongly – and, a quick reminder, the Sony movies are not being produced under the watchful gaze of Kevin Feige – the Spider-Man universe could end up being the pin that bursts Marvel’s immaculately blown superhero bubble. But, then again, journalists have been saying the bubble could burst since Iron Man, and look how that turned out.

Want more MCU goodness? Here's how to watch the Marvel movies in order, both chronological and release order.