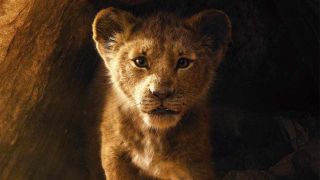 The Lion King remake runtime has been officially revealed. We now know for sure that the live-action version won’t be a 1:1 remake in terms of length. In fact, there will be more material as the new adaptation will be roaring into cinemas with a much longer runtime than the original.

As shown on the British Board of Film Classification (BBFC) website, who also unveiled the Spider-Man: Far From Home runtime before anyone else, the Lion King remake runtime stands at 118 mins (1hr 58 mins).

The original 1994 animation, meanwhile, only lasts a relatively short 89 mins, which makes the Lion King remake a whole 29 minutes longer.

That extra half-an-hour could very well account for a bunch of new scenes, as well as a remix-of-sorts when it comes to building on the foundations of the original story. Jon Favreau told io9 back in 2018: “I feel like I saw [1994’s] The Lion King… you still feel a connection to the animated film, but if you really look closely you’ll realise we’re actually taking a lot of liberties with it and we’re even changing things slightly with scenes and structure and the humour.”

Disney live-action remakes have recently followed the trend of being longer than their animation counterparts. This year’s Aladdin is nearly 30 minutes longer than the Robin Williams-starring animation; Dumbo is 112 minutes versus the original’s hour-long runtime. Beauty and the Beast (2017) was a whopping 129 minutes compared to the animation’s brief runtime of 84 minutes, thanks to some newly added bulking ballads.

So, love it or hate it, the Lion King remake runtime has confirmed that we’re getting less of a CGI re-tread and more a re-imagining of the iconic story, with Favreau tweaking what no longer stands the test of time. And for those who were sceptical of it being a complete copy? It means no worries for the rest of your days.

The House of Mouse is certainly busy over the next few years. Here are all the new Disney movies coming your way!