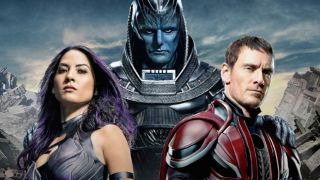 X-Men: Apocalypse's villain is only just now showing up in the film series' continuity, but he's been skulking around in the shadows for quite some time, building followers and imbuing other mutants with powers. Also known as En Sabah Nur, the ancient being is - at least in the movies - the inspiration behind stories like the four horsemen of the Apocalypse.

But don't take my word for it, let CIA agent and X-Men ally, Moira MacTaggert, fill you in on the details in this new clip:

On the one hand, I'm pretty excited for Apocalypse, so any clip I can treat my eyes to is a treasure. On the other, I'm gonna have to be careful not to spoil my appetite too much. The struggle is real.