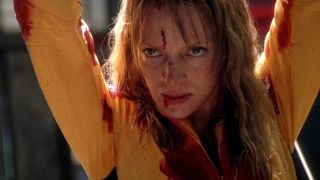 Quentin Tarantino has opened up about the possibility of Kill Bill 3 in a recent interview. The director has revealed that he has an outline for an idea for the threequel, as well as a timeframe for when he wants to film it.

“I just so happened to have dinner with Uma Thurman last night,” Tarantino said when pressed by a SiriusXM presenter on the topic of Kill Bill 3. He teased: “Well, I do have an idea about what I would do [with Kill Bill 3].”

Tarantino elaborated slightly on the potential story outline: “What happened to The Bride since [Kill Bill Vol. 2]? I wouldn’t want to come up with some cockamamie adventure. She doesn’t deserve that!”

On when we could possibly see Kill Bill 3, Tarantino said, “I wouldn’t actually do it for a little bit. It would be at least three years from now. But it’s definitely on the cards.”

When asked if we will get another movie from Tarantino – who released Once Upon a Time in Hollywood earlier this year – before Kill Bill 3, the director unequivocally said, “No. Not a movie… I’ve written a play. I’ve written a five-episode TV series. I’ve kinda written what I’m going to do for the next three years.”

What that means for Tarantino’s potentially R-Rated Star Trek project, one he’s previously called “Pulp Fiction in space”, is unclear, but if you’re a huge Tarantino fan, you can be safe in the knowledge that we’re likely to get a play, an unknown series, and potentially Kill Bill 3 within the next few years.

No Kill Bill 3 (yet), but check out every major movie releasing next year with our movie release dates calendar.