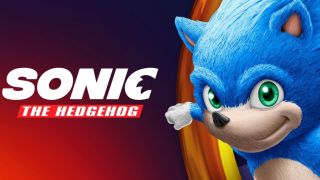 The Sonic movie has once again sped into sight. We’ve had the strange possible leak for the blue blur’s design, but now we’ve got reactions from people who have seen actual footage. Like, actual actual footage. Featuring possibly the weirdest choice of music ever, and Jim Carrey (as Robotnik) being back to his 1990s form, here’s what people made of the first teaser at CinemaCon which, unfortunately, hasn’t been yet released to the public. Boo!

Who’d have thunk it? Jim Carrey, the gloriously OTT comedic actor who had his heyday in the mid-to-late ‘90s, is back in the spotlight in a big way playing… Sonic’s Big Bad, Robotnik. Remarkably, it seems to work. He even arrived on stage at CinemaCon and introduced his own character trailer which, as you’ll see down below, had some, let’s just say, interesting music. Still, the madcap buffoonery of Carrey seems to gel well with Robotnik’s lovable villainy.

Jim Carrey has made a surprise appearance and doused the front row in popcorn after the SONIC THE HEDGEHOG trailer. #CinemaConApril 4, 2019

“Look at this, I logged nine million steps today.”Two teasers for #SonicTheHedgehog - one introduces Sonic and the other Dr. Robotnik. Definite old school Jim Carrey here - he is deliriously nuts in the movie. It looks cute - huge Sonic Fan growing up, so I’m down#CinemaCon pic.twitter.com/wCoO3z4aRVApril 4, 2019

They finally showed #SonicTheHedgehog trailer, looks fresh very entertaining, James Marsden & Sonic teaming up is going to be gold and Jim Carrey as Dr.Robotnik is going to steal the show. #CinemaConApril 4, 2019

Got a look at the #SonicTheHedgehog trailer, focusing on Sonic teaming up with James Marsden to fight Dr. Robotnik and then got a Jim Carrey-centered version of the trailer where he seems to be back in comedic form. He may well be the best selling point of this one. #CinemaConApril 4, 2019

.@JimCarrey showcases a Robotnik cut of the Sonic trailer and it looks like he’s back to his classic hijinks. Some very funny bits. And we get a quick look at his classic video game look. #CinemaConApril 4, 2019

Second clip is all about Robotnik. Jim Carrey is very very Jim Carrey and it works here. #SonictheHedgehog #CinemaConApril 4, 2019

Thank you for the music... I guess?

I’m going to let this one talk for itself. Two words: Gangster’s Paradise. Yep. I wish I was making this up.

Also the first Sonic teaser was set to “Gangster’s Paradise” and the Robotnik teaser is set to “Everybody Dance Now”April 4, 2019

So, how does Sonic drop into a real-world setting? Quite literally by the sounds of it, as he’s going to be framed as some sort of being from outer space and not some sort of experiment gone badly, badly wrong. He’s also naked. And taller than you might have expected. I’m not sure which is creepier.

We just saw Sonic the Hedgehog footage. Sonic is basically like 4 feet tall and naked. Which looks way less creepy than it sounds. The movie has a Michael Bay Transformers look and feel to it. #CinemaConApril 4, 2019

This is dialogue from the Sonic the Hedgehog movie with a 90 million dollar budget #SonicMovie pic.twitter.com/H08RI7oGpTApril 4, 2019

Trailer for SONIC THE HEDGEHOG (which implies the character is an alien?) reveals that it is indeed a movie that's been made, even though someone should have just instead given Sonic voice Ben Schwartz the money to make JEAN-RALPHIO: THE MOVIEEEEEEEEEE. #CinemaCon pic.twitter.com/YrFm3Md9f2April 4, 2019

Enough playing around, Paramount. We’ve seen the memes, the oddly-disturbing Sonic stare, and now whispers about Robotnik (crucially, not being called Eggman in this as far as we know) chewing the scenery at every available opportunity. Now all that’s left is for us to see the trailer(s). Pretty please?

Alright, @ParamountPics. You showed off the Sonic movie trailer at CinemaCon. Now release it to the public. #SonicMovie #cinemaconApril 4, 2019

I say Paramount should just release the Sonic trailers immediately. Everything else about this movie has already leaked out so what do they have to lose? #SonicMovie #CinemaConApril 4, 2019

Does the thought of a Sonic movie not have you speeding down to the cinema in anticipation? How about these other upcoming video game movies?