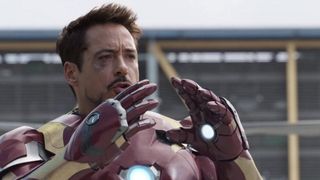 As the producer and director of the first Iron Man film, Jon Favreau was an instrumental part of kickstarting the Marvel Cinematic Universe. He's taken more of a hands-off approach since Iron Man 2 (though he acts as executive producer on plenty of MCU movies), but he still has plenty to say about the character's treatment in the upcoming Captain America: Civil War.

Favreau told IGN in a recent interview that he was impressed with how directors Joe and Anthony Russo have taken over the character. "I just felt – as a filmmaker who had been part of establishing this universe – I thought that it was in really good hands with these guys and I was pleased," he said.

It's funny; much like how Favreau introduced the world to a defining portrayal of Iron Man, the Russo brothers have the responsibility of introducing Spider-Man to the MCU. Commenting on that parallel, Favreau said, "I think Spider-Man made me smile every second the character was on the screen. I was so pleased with the tone of the film in general, but those sequences specifically, and I just loved the way they introduced the character."

It might not mean too much coming from a guy with such close ties to Disney and Marvel Studios, but considering that it's in line with what critics and early screening attendees have said, I think comic fans are in for a treat.

Directed by Joe Russo and Anthony Russo, and starring Chris Evans, Robert Downey Jr., Scarlett Johansson, Anthony Mackie, and Sebastian Stan, Captain America: Civil War opens in UK cinemas on April 29, 2016 and May 6, 2016 in the US.