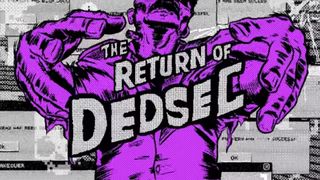 The Watch Dogs series has always been hamstrung by its tonal inconsistencies. It's something that Ubisoft Montreal has struggled to balance since it first let Aiden Pearce loose on the streets of Chicago back in 2014. It's a trap the studio would once again careen into as Marcus Holloway stomped across San Francisco as the millennial embodiment of judge, jury, and executioner in the 2016 sequel. However, with rumours abound suggesting that 2019's Watch Dogs 3 will be heading across the Atlantic Ocean, introducing us to the United Kingdom's very own grassroots DedSec contingent – based out of a district of South London called Brixton – the studio may well have stumbled upon the solution to so many of its problems.

That isn't to say that this is a risk-free proposition for Ubisoft, as it could well find out at E3 2019 should this rumour transform into a reality. For Watch Dogs 3 to work in the British Isles, the series is going to have to take a number of bold creative decisions in its stride. For Watch Dogs 3: Eat The Rich – a tentative title that I've just invented, though do truly believe would work nicely – to succeed, Ubisoft is going to need to embrace the current culture of the city and its anarchistic roots; it's going to have to get its hands filthy with political commentary, from Brexit to the xenophobia that helped fuel it; and it's going to need to embrace the fact that London is a predominantly firearm free, a bold and almost inconceivable proposition from a publisher that wields the Tom Clancy license with deadly precision over the Q3 release window.

Once upon a time, London was the inspiration for 'Airstrip One' in the seminal rumination on omnipresent government surveillance, Nineteen Eighty-Four. And if the city was good enough for George Orwell, then it is surely good enough for Ubisoft Montreal. To be honest, Watch Dogs 3 easily takes shape in London. Perhaps a little too easily. Just last year, the European Court of Human Rights made a landmark ruling that the mass surveillance operatus that's in place across the capital has violated basic human rights. Isn't that fun! Oh wait, no, it's the other thing.

Worse still, Silkie Carlo, director of the oversight organisation Big Brother Watch, went as far as to claim that: "Under the guise of counter-terrorism, the UK has adopted the most authoritarian surveillance regime of any Western state, corroding democracy itself and the rights of the British public." Eat your heart out, San Francisco! Oh god; somebody please save us.

Are you looking for something new to play that's just like Watch Dogs 2? Why not give this list of the best open world games a look over and see if anything grabs your attention.

Enter an all-new protagonist, which rumours suggest will follow Far Cry: New Dawn's lead and let us choose between male and female character models before beginning our journey. This new character needs to be young, pissed off, and tuned in to London's vibrant underground culture. They should also be prepared to wholeheartedly embrace the defining, and most underutilised, featurette of the Watch Dogs series – the hacking.

London, with its complex matrix of technology woven throughout the city's ancient architecture, is the perfect sandbox for enacting a little electronic interference with the powers that be. The heavily congested streets, not to mention the famously unreliable underground service that runs all throughout the city, feel purpose built to let us indulge in instances of emergent chaos and for us to run rampant in the resulting mass hysteria – all of it fuelled by Ubisoft's ongoing commitment to bettering its crowd densities and AI systems. Keeping the action focused around app-based attacks and digital espionage will give Ubisoft the means to sidestep lethal-firearms almost entirely, pushing the studio to create more varied missions and exciting scenarios for us to explore and enjoy as a result.

Ubisoft can pretend that its games are apolitical all it likes, but the reality is that setting a game in London, in 2019, and not addressing the politics of the day would be absolute lunacy. Watch Dogs 3 would be a better game because of it, building on the themes it merely played with in Watch Dogs 2.

London being a nightmarish surveillance state is one thing, but the shit that's simmering beneath the surface? That's something else entirely. There's parliament's support of the new controversial EU copyright law, Article 13, which Google has suggested could "change the web as we know it" overnight. Then there's the schism between generational brackets, a direct result of the UK's pained attempts to leave the European Union. Speaking of Brexit, that's something which, along with every other conceivable nightmare it may produce, threatens to impact almost every aspect of our online infrastructure – from privacy, security, to future expansion. The Watch Dogs 3 script basically writes itself, doesn't it?

If that weren't enough, parliament is also desperately attempting to introduce legislation to restrict and monetise access to adult content online for consenting adults – nothing will piss off the future leaders of tomorrow quite like trying to take away their pornography. On a slightly more serious note, Watch Dogs would be able to draw from the increasing fracture of inner-city communities and the ever-widening divide between the wealthiest and poorest districts of London. It can address the use of racially-biased stop and search procedures, not to mention the seemingly uncontainable rise of violent knife crime currently ravaging the capital's streets. London is a truly incredible city, but it also can so often feel as if it is on the precipice of total catastrophe. That, sadly, is what makes London so ideally suited to a politically-leaning, socially-aware, open-world action game in the vein of Watch Dogs.

In truth, Watch Dogs 2 was a huge improvement over its predecessor, but that isn't to say that it is without issue. Marcus was a far more affable protagonist than Aiden ever was, with Pearce sullen temperament towards enacting a little digital terrorism and wealth redistribution quickly becoming about as fun as pulling teeth. But Marcus seemed to be having a good time punching up at the elite with a smartphone in hand. The core mechanics of play were given a significant overhaul, ensuring that the navigation of the game's incredible recreation of San Francisco would be a near-constant delight. The interlacing hacking systems ensured that there was always some new and novel way to mess with the denizens of the city, all in a way that really played to the core (and still quite unique) power fantasy that Watch Dogs presents.

Will Watch Dogs 3 arrive on next-gen consoles? Rumours suggest that this might be the case.

Watch Dogs 3 needs to do little in terms of iteration on these systems, but Ubisoft does need to address the tonal disparity between what was presented through the narrative exposition and how it collapses as soon as we are handed control over the character. Marcus is thrust into his rage against the machine(s) after an upgraded CToS system penalised him for a crime that he did not commit. To address this injustice, Marcus immediately commits a whole raft of crimes that were far worse than the one he was initially accused of. It made little sense, and the game was worse off because of it.

That's compounded by Ubisoft Montreal's lean towards lethal weaponry. It shattered the suspension of disbelief, as murder just didn't seem to fit with the character the studio established so firmly in Marcus. Watch Dogs 2 would have been better without lethal weapons. The fact that the game works so hard to establish that DedSec has the capability to 3D print weaponry should have pushed Marcus – a character who seems fundamentally against using lethal-violence in his crusade against Silicon Valley – to utilise an array of non-lethal weapons. Instead, it merely flirts with this as a viable option before ultimately ensuring that the game becomes increasingly unenjoyable the further you push through on this path, a direct result of the unpredictable AI, the limited cache of non-lethal weapons available to you, and the lacklustre gameplay opportunities this combined to present.

I'm not saying that moving Watch Dogs 3 to London solves all of these issues entirely, but it should immediately put Ubisoft on the right path. While London isn't free of firearms, though the city does have low (relatively speaking, I suppose) gun crime – 135 homicides were recorded in London in 2018, just 15 of these were the result of a shooting. For Watch Dogs to work in London, Ubisoft will have to release an open-world action game with little to no presence for lethal-firearms. A bold and almost inconceivable idea, right?

If you ask me, Watch Dogs 3 would be all the better for it. This is a franchise that can exist without guns, with the focus falling to stealth, hacking, and digital espionage – that's the core fantasy of Watch Dogs, so why not use London as an excuse to embrace it? Then again, there's a lot that the studio needs to embrace this time around should these rumours bear out. And perhaps I'm expecting too much from Ubi—'none of our games are political'—soft here, but if it were willing to embrace the time, place and culture it could truly have something special on its hands.