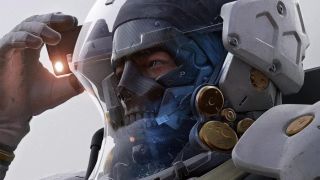 Despite being founded less than a year ago and being years away from releasing its first game, there's already a plethora of merch you can buy with the Kojima Productions logo plastered on it. Ready to show your diehard fandom for everything that Hideo Kojima touches? Good, because Kojima's got coffee tumblers to sell, dammit.

Some of these are limited-run items, only available at conventions like the Tokyo Game Show. But your best chance of snagging these is to head over to the official Kojima Productions store and order a grab-bag. For the rest of you who just want to see what a merchandising powerhouse the studio already is, here's every piece of Kojima Productions merch you can buy:

1000toys LUDENS prototype, it looks already good but it'll get much better! pic.twitter.com/E44gmxuRRiJuly 22, 2016