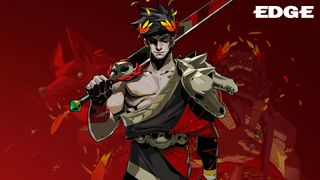 Every eight weeks for the past year, Hell has been torn apart and rebuilt again. For the most part you could never tell. The underworld remains colourful and alluring, its foundations as rock-solid as ever – though that's no great shock when a studio like Supergiant is responsible for the renovations. But every so often you'll notice the place has changed in some way. It might be the decor. It might be a new character. Occasionally, it's an intangible something – subtle adjustments here and there that you can't quite put your finger on but that collectively add up to make the House Of Satan feel appreciably different to your last visit.

That's exactly what you want from a Roguelike, of course. Each return should offer a fresh discovery; an unfamiliar encounter; new items, weapons, perks. What sets Hades apart is that its surprises often come between runs. Rather than diving back into the action, you're invited to linger in its beautiful hub, whether you're unlocking a new ability with the keys you've pocketed during previous runs, boosting an existing perk with dark crystals or paying a contractor – one of several features introduced over the last 12 months – to build a restorative fountain chamber somewhere within the labyrinthine depths.

If preparing carefully for a new run is hardly exclusive to Hades, each death also progresses the story in some way: even if you don't make it very far, you'll at least get some extra dialogue. Characters flit in and out, some commenting on your most recent escape attempt, others offering advice, and others something more helpful. And, at certain milestones, you'll get a bit more than that. At heart, this is really a warped coming-of-age tale: Zagreus is a young man keen to flee the family nest, which is tricky when your father is the devil himself. Sneering at your failures – and even your successes – he's the most disparaging video game dad since The King Of All Cosmos.

After a bit of verbal jousting with Pop, it's time for sparring of the more physical kind, with a skeletal lackey who'll happily take a pummelling as you test out one of your Infernal Arms. Aside from a brief flirtation with the Shield Of Chaos, our weapon of choice has been the Stygian Blade. As such, it's time to try our hand at ranged combat with the newly-unlocked Adamant Rail, a gun whose auto-reload can be hurried along by clicking the right stick, and which boasts a slow but explosively powerful grenade-like special. This time we reach the end of the third area, Elysium, before being defeated by the boss encounter barring the exit to the fourth and final biome.

It's not an easy game, then, but then it shouldn't be: this is a Roguelike set in Hell, after all. But Hades never feels unfair. Fortune plays its part, not least in the rarity of the boons bestowed upon you by the Olympians aiding your escape, but you're given a rare degree of control in how you progress. Most chambers have more than one exit, with icons indicating the type of reward – if not the quality – that awaits. When the gods offer a prize, you can choose which of your attacks to bolster. Another new ally lets you pick between levelling up your current boons or boosting the rarity of subsequent pickups.

And sometimes you're given a choice of favours. Having benefited enormously from Dionysus' toxic dash – poison stacks up to five times, letting you zip back and forth past lumbering opponents and sap their health even without attacking them directly – we choose him over an electrically charged offering from Zeus. Still, there's no gain without pain: the latter takes umbrage when we reject his help, conjuring a small army of minions which we must defeat as a bonus challenge. These gods have such fragile egos.

Developers of early-access games can't afford such thin skin – not when they're actively inviting feedback from their community. But despite putting them through Hell, writer and designer Greg Kasavin has found Hades' players to be a valuable asset. "If you look down our patch lists, I would estimate that 30 to 40 per cent of our changes are inspired directly by community feedback,"he tells us. Supergiant has learned the value of maintaining an open conversation with its players and keeping them in the loop.

It has a formal submission process for feedback via its Discord channel, and in its update notes there's an icon accompanying the changes that have been made as a direct response to those suggestions. "We've approached it in a very structured way, so that not only is it good for us, but the people submitting feedback can rest assured that they're not just screaming into the void,"Kasavin says. "We may not act on everything, but we're going to read absolutely everything that's sent to us. They can at least have that assurance."

That community comprises a range of players, from newcomers to those who've stuck around since day one. Some drift away, keen to wait until they can experience the story from start to finish, while others return for the major updates that come around every eight weeks. The initial four-weekly schedule for these ultimately proved too limiting, and the shift has benefited everyone: "It allowed us to pack in even more stuff, while reducing that tax of having to pull everything together just three weeks after the last one, which didn't give us much time for bigger changes,"Kasavin says. "It changed when we introduced Elysium. Our initial plan was to do half in one update and then half in the next, and it just felt incomplete. We tested the eight-week cadence with our audience, and found that players came back just as much as ever."

Some players, Kasavin acknowledges, will not necessarily be well versed in this genre. As such, Supergiant has added a new God Mode difficulty setting: this doesn't disrupt the game's cycle of death and rebirth, which Kasavin says is crucial to the story, but instead makes Zagreus tougher to beat on each attempt: dying essentially powers him up. "Our goal with Hades has always been to take what we think is really wonderful and thrilling about the Roguelike style of play and make it more broadly available to a wider audience."

And don't worry: the studio hasn't forgotten those who'd rather not take the easy way out. Hades' new endgame mechanic, Pact Of Punishment, will let you, as Kasavin puts it, "precisely tune the ways in which the game gets harder"via a range of optional conditions. Tight Deadline is self-explanatory; Extreme Measures, meanwhile, not only makes the boss fights tougher, but transforms them entirely. "I'm glad we've been able to pack surprises into what is essentially a difficulty system, which is normally something that is pretty cut-and-dried in video games," he says. Plenty has changed in 12 months, then, but one constant remains. After our first descent into Hell, we said that Hades was one of the most well-made early-access games we'd ever played. One year on, that's even more true.