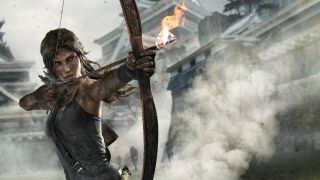 Google has agreed to refund Google Stadia players who coughed up for either Tomb Raider or Farming Simulator 19 on its new streaming platform before the company announced the two games were coming to Pro subscribers for free from tomorrow, December 1, 2019.

As reported by Kotaku, while it was great news for Pro subscribers that two additional "free" games were coming to the streaming service, it was less great for those who'd already purchased one – or both – of the titles before it was confirmed they were rolling out for free.

After fans took to Stadia's social media channels to complain about the timing of the announcement, Google has now agreed refunds are available for players who'd bought the games already. That said, refunds won't be issued automagically; instead, you'll have to manually apply to get your money back.

“We know that some users have recently purchased these two games for their collection,” wrote a Stadia community manager on Stadia's community forum last night following complaints from players.

“Because of the proximity between the launch of the platform, and the announcement of these titles in Stadia Pro, we’re happy to assist you if you’d like to request a refund if you have purchased either or both of these titles, even if it’s outside of our normal policy.”

In other Stadia-related news, Bungie recently confirmed to GamesRadar+ that it has "no plans right now to have Destiny 2: The Collection available outside of Stadia", adding that it's "pretty easy to find ways to be content complete" without needing a new dedicated collection. As Austin summarised earlier last week, the rumour bubbled up when Destiny 2: The Collection – which has only been announced for Google Stadia Pro so far – appeared in the latest batch of PEGI ratings, intimating it was heading for release on PS4, Xbox One, and PC, too.

It's pretty clear now that the launch-day reality is a little different from the promises that were made – you can learn all about that in our Google Stadia review in progress. If you're still on the fence about signing up for the service, here's a breakdown of what features actually made it in time for launch, and which have, unfortunately, been delayed.

Want to know how Google put together the technology behind Stadia? Then you'll want to read this in-depth making of Google Stadia feature from our sister publication, Edge Magazine.