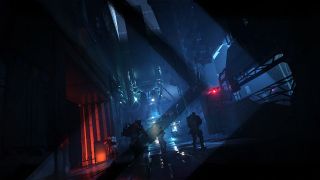 After the lukewarm reception for Ghost Recon: Breakpoint led Ubisoft to delay three of its biggest games, it isn't taking any more chances. An Ubisoft community manager announced on Breakpoint's official forums yesterday that that the company has decided to delay the next big title update "to ensure its quality"; Breakpoint version 1.10 was previously scheduled to come out on December 18 and it will now arrive in the back half of January. The game's crossover Terminator event won't go live until some time next year.

The 1.10 title update is meant to fix multiple issues with audio, as well as with enemy AI, basejumping, and night vision goggles. The developers are also "working on making sure that enemies do not shout when getting hit with a headshot", because video games. That was the summary when Ubisoft first announced the update, so it may include even more fixes and tweaks by the time it arrives in January.

The Terminator Live Event was previously set to begin sometime between the end of December and mid-January. As you might guess, it adds a new mechanical foe to the island of Auroa - the classic T-800 Terminator that traveled through time to kill Sarah Connor (or the same model anyway). It's a sensible followup to the Predator crossover from Wildlands, especially given how much robot fighting you do in the standard Breakpoint campaign.

You'll be able to earn exclusive weapons, attachments, vehicles, and customization items for clearing Live Event missions. The main story missions will remain accessible for players even after the event ends, but you'll miss out on some of the event-specific rewards. Breakpoint still has a long road ahead of it, but it's good to see Ubisoft prioritizing quality - and giving developers time to enjoy their holiday breaks - over sticking to schedules.

See what else is on the way next year with our guide to the upcoming games for 2020.