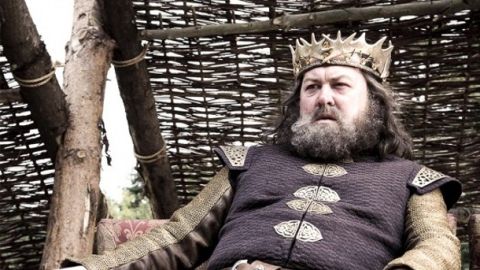 Fear and loathing in the Seven Kingdoms

The One Where: Jon Snow takes a new recruit under his wing at the wall, Ned continues John Arryn’s investigations and Catelyn Stark makes an arrest.

What Works: Robb Stark steps into Ned’s shoes as Lord of Winterfell while his father is away, and Richard Madden manages to appear both totally in control and a little bit scared at the same time. His cold greeting of Tyrion, sword unsheathed, is an overt show of hostility towards the Lannisters that will no doubt be remembered by the ever watchful Imp.

Up at the Wall, Jon Snow is once again under attack, this time for looking out for useless lump Samwell Tarly, and it’s not until you hear the new arrival’s reasons for taking the black that you fully sympathise with his plight.

In King’s Landing, Littlefinger – perhaps the most obviously untrustworthy figure in the history of shifty spymasters – gains Ned’s confidence, and immediately fuels his paranoia by pointing out the “little birds” that lurk round every corner. Ever the bold as brass northerner, this information doesn’t stop Ned stomping around the place in full view of the whole city, before finding one of Robert’s bastards in an armoury. His relentless drive to uncover the truth of Robert Arryn’s death is noble for sure, but you can’t help but wonder where it will get him in the long run.

The king is oblivious to all this, naturally. It’s difficult to dislike the Henry VIII-alike character that Mark Addy is clearly having a ball playing; he’s loud, obnoxious, often hilarious and he simply doesn’t give a flying fig for what anyone else thinks – especially his wife. Having Jaime Lannister guard his door while he does the dirty with three or four whores is a blatant insult, and probably not the wisest of moves considering the Kinglasyer has already despatched of one errant royal.

With both Samwell Tarly’s heartbreaking backstory and Cersei Lannister’s cold response to Ned Stark that she too was taught to kill her enemies, the grim realities of life on Westeros are plain for all to see throughout this episode. We’re constantly reminded not to feel too comfortable in the Seven Kingdoms; no one is safe from harm, and everybody has their place in the pecking order. When Viserys takes a bath with his sister’s handmaiden, you could be forgiven for thinking that the Targaryen prince had softened, only for him to bluntly remind the girl why he hired her – and it wasn’t to keep his sister entertained.

Finally, it’s great to see Catelyn (Michelle Fairley) show she’s much, much more than simply Ned’s wife, rousing her father’s bannermen to arrest the Imp. It’s probably folly, but she’s another strong female presence and she steps out of Ned’s shadow with aplomb.

What Doesn’t: The dreadful, hammy dragon sex could have been given a miss, and Littlefinger’s whispers to Sansa didn’t sit right – surely she’d have been completely creeped out by the guy? And just how many times do we have to see Jon Snow and Samwell Tarly mucking around like a pair of schoolgirls only to be reprimanded by their commander? We get it!

The Fight Stuff: Look out for some spectacularly rubbish sword fighting in the background at The Wall. Come on chaps, you’re supposed to be tough!

Don’t I know you? Could that really be Canvey Islands finest, the mighty Wilco Johnson of ’70s blues rockers Doctor Feelgood, as the king’s executioner Ser Ilyn Payne? Blimey, it is as well!