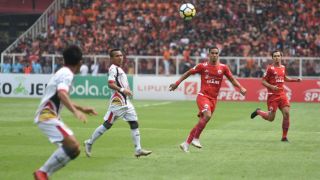 In March, England’s Vanarama National League launched a campaign for addition to FIFA 20 following a successful fan push for the Chinese Super League in FIFA 19. The reaction from UK supporters was mostly positive, with more than 9,000 signing a petition created for the purpose. Yet on a global level the Vanarama falls short of the ten most wanted leagues in FIFA 20. Instead, it’s the Indonesian, Malaysian and Finnish top divisions that head the list.

In a poll of more than 2.1million gamers run by FIFPlay, just 500 votes currently separate the Indonesian Go-Jek Liga 1 and Liga Super Malaysia as regards FIFA 20’s most wanted league. Neither team is currently represented in FIFA 19, unlike the Finnish Veikkausliiga, which does at least have one club in the game: 14-time champions HJK Helsinki.

The last two editions of EA’s long-running sports series have each seen a new league added, with FIFA 19’s Chinese debut preceded by Germany’s 3 Liga in FIFA 18. So while the Indonesian or Malaysian leagues may seem long shots, there is an outside chance EA takes influence from a fan poll boasting such large numbers.

Players currently plying their trade in Liga 1 include Persipura Jayapura’s Brazilian contingent of Andre Ribeiro, Luis Pilar, and Wallacer, and Indonesian national team captain Andritany Ardhiyasa of Persija Jakarta. The latter are the country’s most successful club, having been in the top flight since 1930 and won it on 11 separate occasions.

It’s also refreshing to see the German Women’s Bundesliga make the list. EA added female national sides ahead of FIFA 16, but has thus far declined to include any women’s club teams.

Here’s the top ten in full:

FIFA 20 is expected in September. For further reading, check out the 11 FIFA 20 career mode features that could restore it to its heyday