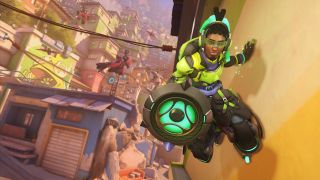 Overwatch 2 was officially announced earlier this year at Blizzard's annual BlizzCon expo, and fans of the hero shooter already have thousands of questions about the nature of this unexpected sequel, which introduces a full single-player campaign to  complement the series' traditional focus on competitive PvP.

Edge Magazine recently got to speak to the man himself, Overwatch director Jeff Kaplan, about all things Overwatch 2, with the full interview published in this month's edition, issue 340, out now on store shelves.

"We're definitely going to explore what endgame means for Hero Missions." explains Kaplan in the interview, when asked about whether replay value has come into consideration when designing Overwatch 2's PvE missions. "We have many experienced developers who created content for World of Warcraft and Diablo on our team. This is one of the challenges we're very eager to start working on."

Kaplan had plenty more to say about the potential of Overwatch stories outside the mainline games ("Movies? An animated series?"), and how Blizzard is trying to redefine what it means to be a sequel in 2019, but you'll have to read the full interview to find out more about that.

As it happens, you can pick up the latest issue of Edge in stores now, or subscribe to have every latest issue delivered directly to your door each month, saving money and getting your hands on special edition subscriber covers in the process. Hurry; you can save up to half price on a new subscription just in time for Christmas!

For more, check out our official hands-on preview with Overwatch 2 from BlizzCon 2019, or watch below for the latest episode of Dialogue Options.