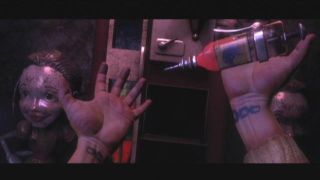 Far from being another standard shooter, the inclusion of BioShock plasmids gives combat a unique twist and sets it apart from other games. To access these twisted and sometimes surreal powers, you need to inject dubious genetic substances straight into your veins, then before you know it you'll be shooting fire or blasting electricity from your hands, moving objects with the power of your mind, or a number of other special abilities. You can even combine different BioShock plasmids to stack their effects, making them even more lethal against your enemies.

This diversity means that every battle can and will play out differently. In order to survive in the ravaged world of Rapture, you need to understand all of your plasmid intimately. You must know when to use each one, when not to and how to combine their powers for even greater damage. In other words, you need our strategy guide, so read on to find expert tips on using BioShock plasmids to your unstoppable advantage. Start your genetic evolution... today! And don't forget that BioShock appears as part of BioShock: The Collection, which is one of the free PS Plus games for February 2020.

The first plasmid you'll ever splice. The power of electricity is fused to your genetic makeup and, suddenly, firing lightning bolts out of your fingertips is as effortless as shooting a pistol.

This is the most useful and versatile of all the plasmids. Electrocuting Splicers not only deals major damage, it temporarily immobilizes them. While they twitch and spasm in a web of energy, continue the beating with traditional weapons or other powers. For BioShock's first couple of levels, in fact, most enemies can be dispatched instantly with one blast of Electro Bolt and one swing of the wrench.

Catch Splicers near a puddle, or standing in a flooded room, and killing them is even easier. Ever dropped a toaster in a bathtub? Heck, haven't we all? Then you'll know what to expect. The spreading current is automatic death and capable of wiping out multiple monsters at once. And seeing as the game takes place in a leaking underwater city, these areas of water aren't difficult to discover.

Wait, there's more! Electro Bolt's also useful for short circuiting Rapture's machinery. Jolt a locked door and it opens (with the exception of combination locks). Shock any type of security device - camera, machine gun turret, flying drone - and it will fritz out for several seconds, giving you time to hack it, destroy it or run away.

Yes, beautifully. The scariest thing about battling Big Daddies is their tendency to charge wildly at you like a rampaging elephant. Allow them and their behemoth drills into your personal space and you're guaranteed to waste several health kits before escaping. Electro Bolt, meanwhile, will stop a Big Daddy in its tracks, giving you crucial seconds to dodge or attack. We've actually defeated many, many Big Daddies with a simple combination of Electro Bolt and shotgun.

Forget bending spoons. After enhancing yourself with Telekinesis, the entire world of Rapture is open to your manipulation. Practically any object not nailed down in the surrounding environment can be pulled towards you and then rocketed forward with lethal velocity. Your arsenal is only restricted by the limits of your mind.

Anytime. Just because you aren't aware of possible ammunition scattered around you doesn't mean it's not there. Pull down the plasmid trigger and watch as strange and unexpectedly dangerous objects float into view: crates, signs, liquor, tennis balls, syringes, teddy bears, dead cats...

If you're truly desperate, you can even steal the hat or mask right off an approaching Splicer and throw it back in his face. Then, use Telekinesis to whip his corpse at everyone else in the vicinity. Have we mentioned this is the most entertaining plasmid? By far.

Some situations are more appropriate than others. The red gas tanks you see lying around will explode and burn an enemy on contact. The ceiling-crawling Splicers first introduced in Neptune's Bounty toss fishing hooks that can be reversed and returned. Same goes for the bomb-hurling doctors featured in Medical Pavilion and beyond. Finally, Telekinesis is the only way to grab certain valuable and out-of-reach power ups.

Throwing random stuff at the Big Daddies certainly works, but it's a slow and risky process. Gas tanks will do the job better, but you can't rely on finding one at the right moment. Don't worry, though, for the Big Daddies will kindly oblige by providing you with their own ammo - the glowing green grenades they lob so often can easily be marked "return to sender."

Telekinesis also enables you to get creative during these encounters. Didn't get the Big Daddy to walk into your proximity mine? Pick it up and chuck it at him. Not satisfied with the trip wire trap you've set? Rearrange the electric lines without having to lay a hand on them.

On the elevator ride down to Rapture, you'll watch a creepy commercial about a man that can light his girlfriend's cigarette with a snap of his fingers. That man had spliced himself with the Incinerate plasmid. Follow his example and you'll be able to shoot crackling fireballs out of your palms.

Incinerate is nearly as all-purpose as Electro Bolt. The basic attack is both extremely damaging and extremely hilarious. Any Splicer, Big Daddy or boss you ignite will panic and run around wildly until the flames subside. During that time, you can plug away with other plasmids and weapons, or increase the heat with extra Incinerate - the more you use it on a single enemy, the faster his life will burn away.

This plasmid is at its best, however, in combinations. Oil spills should be torched at every opportunity, as the larger, hotter fire can wipe out several Splicers at once. (Just be careful to keep a distance.) Producing makeshift Molotov cocktails is also possible - simply set an object on fire and then throw it with Telekinesis. Most satisfying is following an enflamed, terrified creature as he flees to the water and then frying him with Electro Bolt as soon as he touches the surface.

Sadly, Incinerate cannot melt a monster that's been frozen with Winter Blast. On the other hand, it can melt the ice blocking many of the doors in Rapture.

A Big Daddy will react the same way as a Splicer when Incinerated - he'll go friggin' nuts. His moment of frenzy is usually much shorter, though, and he's much angrier afterwards. Electro Bolt and Winter Blast are better options for stunning. Unless you're attempting one of the combination methods described above, we would not recommend going at a Big Daddy with Incinerate alone.

The opposite of Incinerate. Rather than burn enemies to a crisp, you freeze them into solid ice. Hack and shatter the stationary sculptures before they thaw for a clean and efficient kill.

While extremely useful against annoyingly acrobatic Splicers like the cart wheeling, back flipping ones in Fort Frolic, Winter Blast should never be used by itself. The ice you unleash will freeze your foe, but it will not harm him. Instead, a new life bar will pop up that shows your progress in breaking him to bits. Hammer away with traditional weapons for long enough and the ice - including the body within - will fall apart. Fail to finish the job and he will thaw, untouched.

At first, shattering a frozen enemy is easy; one gunshot or a few wrench swings will do the trick. But as BioShock progresses and the enemies get tougher, you will definitely need to upgrade your plasmid to Winter Blast 2 and Winter Blast 3 for continued success. That costs Adam and, potentially, Little Sisters' lives.

Winter Blast also has the same effect on security devices as Electro Bolt - it puts them out of commission until you can destroy or hack them. And while the cold you produce can put out fires, it can't freeze water. In Rapture's soaked environments, how cool would that be?

As a tool, but not as a weapon. Freezing Big Daddies is perfect for buying time - with the upgrades, Winter Blast could halt one for even longer than Electro Bolt. Shoot the icy sculpture with anything less than a few heat-seeking RPGs, however, and you probably won't complete the special progress bar before he thaws.

If you have enough proximity mines or trip wires, try setting a trap for the frozen Big Daddy. If you're quick, you can surround him with a nest of explosives, ready to detonate the moment he regains movement.

A bloody, pulpy orb that sends any creature it hits into a blind wrath. As soon as the pheromones - or whatever's in that gross-looking blob - make contact, the target will turn against the nearest living being and begin attacking it mercilessly.

First, let's emphasize when NOT to use Enrage. If you're battling a single Splicer, hitting him with this plasmid will only cause him to assault you with more ravenous ferocity than before. Bad idea. Accidentally unleashing Enrage in the heat of a fight is easier than you'd think, too, so choose its location in your lineup carefully when at the Gene Bank. For example, don't stick it between Incinerate and Electro Bolt. Plasmid cycling can get rather feverish in moments of desperation...

In groups, however, Enrage can be a life saver. Mobs of Splicers don't appear often in BioShock, but when they do, it's overwhelming. Splatter one with this plasmid and - bam! - you have one fewer foe and one brand new ally. Better yet, peg them all with the red orb and watch as a blood-soaked, curse-laden cage fight ensues. Just remember to retag the Splicers occasionally if you want the freak show to continue.

A final note: Enrage only affects organic targets, so don't bother with cameras or turrets.

With luck and patience. Regular enemies rarely beat a Big Daddy one-on-one, but Enraging a Splicer can still distract him for quite awhile, giving you loads of preparation time. A crowd of Splicers, on the other hand, can whittle away a good chunk of the Big Daddy's health before he dispatches them. Just resist the urge to join in the fun, as the Big Daddy might decide to ignore them and turn on you.

And no, you can't Enrage a Big Daddy against another Big Daddy. Except for special exceptions in the storyline, it's impossible to locate two Big Daddies in the same area. Sorry!