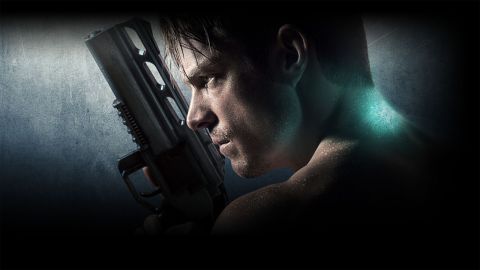 Altered Carbon is an age-old murder mystery, set within a thoroughly alien world. While most will struggle to adjust to the hyper-futuristic setting at first, the core premise is immediately relatable. Takeshi Kovacs is released from prison to solve the murder of Laurens Bancroft, because he has a set of skills long lost to the regular world. Simple. Could be the plot of an Agatha Christie or (ok, more likely) Lee Childs novel. And when Altered Carbon is sticking to its main plot, pushing deeper into an ever murkier investigation, it’s brilliant - the bizarre, rich, and technologically advanced world adding extra layers to the central whodunnit. The problems come when the show tries to build out its own world, straying into sub-plots and character scenarios that derail the otherwise excellent sci-fi.

The setting here is very Blade Runner, but likely set much further in the future than you’re expecting. Humanity has harnessed an alien technology to create Stacks - essentially a microchip that stores the soul - which allow people to insert themselves into a new body when they die. Bodies have become known as Sleeves, and the wealthier you are, the better the Sleeve you can afford when it’s time to move your Stack into a different body. Yes, it’s a fairly terrifying notion, and the show frequently plays on themes of identity, class divide, and immortality. After all, if you have enough money and power - like Laurens Bancroft - not only can you continually transfer your consciousness into a new body, you can actually back it up via satellite, and grow clones of yourself essentially making you a god. That’s what makes the murder mystery so compelling here. Bancroft can’t remember the last 24 hours of his previous life (he was killed just before his consciousness was backed up), so doesn’t know who tried to murder him; and there’s the added complication that his wannabe killer attempted to erase his back-ups. Essentially, they wanted to permanently kill him.

10 questions I have after watching Altered Carbon

This rather complex summary (which happens in the first 30 minutes of the show, so spoilers really are at a minimum here) gives you an idea of how advanced this version of earth is. The bulk of it is set in a wonderfully imagined version of San Francisco, where skyscrapers push through the clouds, neon soaks the lower streets, and the diseased and homeless are forced to live underground or in cargo containers hastily stretched across the Golden Gate bridge. It’s sci-fi utopia and dystopia all at once, and what’s clear is that Netflix spared no expense on the CG budget. And because the world is such futuristic chaos, often filled with jargon and scenarios that feel very advanced, it can sometimes be difficult to keep track of what’s happening in Altered Carbon. This isn’t a show where you feel comfortable from the first episode and, as with major HBO dramas like Game of Thrones, it takes a while to acclimatise to the characters and setting.

However, there’s a logical madness to Altered Carbon’s world, which often brings out the best in its cast. Kovacs himself (Joel Kinnaman) is played very straight, almost characterless, to begin with. It’s off-putting until you start to learn more about the world, and what happened to him in the past. Kristin Ortega (Martha Higareda) plays Kovacs’s antagonist, a cop clearly frustrated by the complexities of Altered Carbon’s world and the opportunities it provides for crime and corruption - she very much conveys the idea that you probably do not want to try and police such a multi-faceted world, and she does so with aplomb. And yes, it’s obvious she has a real personal problem with Kovacs too. The other stand-out performance is Laurens Bancroft himself (James Purefoy), who does an excellent line in arrogance mixed with barely restrained aggression - the traits of a godlike figure who resorts to ever more extreme actions and pastimes just to feel alive, or at least delude himself that life can still offer a challenge. There’s an excellent tension between Kovacs, Bancroft, and his wife Miriam that underpins the story throughout the whole season.

If you’re worried that this all sounds like clean sci-fi, with actors making terribly clever observations about technology and the nature of the human soul, well… sure, there’s some of that, but what will really strike you about Altered Carbon - aside from the world itself - is just how violent and dirty it is. And we’re not just talking about traditional guns and knives bloodshed here. Altered Carbon features some horrific headshots, body and mental torture, and strong sexual violence. Vile psychological wounds are explored and inflicted, and some of the revelations you’ll see before the season concludes are guaranteed to disgust and at least make you pause to consider the end-point of our current evolutionary trajectory. While some of Altered Carbon’s violence is wanton, designed to shock, much of it feeds into the moral and warning messages the show aims to tell, so it’s rarely gratuitous for the sake of it.

Sadly, it’s not all positives and sci-fi praise here. As with many shows, there’s a mid-season lull where Altered Carbon attempts to explain some of its world, and the past of its characters. The introduction of a major player around episode 6 adds a bunch of extra threads to the plot which are never satisfactorily developed, nor do they add much to the overall conclusion. While they up the stakes in a handful of scenes, the ideas and contributions of this character ultimately open up unnecessary plot holes and complexities. It’s tough to talk about without spoiling the reveal, but you’ll know it when you see it.

Similarly, the conclusion of the Bancroft murder falls a little flat. While the solution is undoubtedly smart, integrating much of what the show has taught us throughout the previous nine episodes, the resolution doesn’t feel befitting of such a god-like character as Bancroft. Perhaps that’s the point - the show likes to remind us of our humanity and the relative frailty of life throughout - and the true journey here is the one Kovacs himself goes through to reach his own end. Again, this is apparent from the start, so no spoilers. There’s definitely a vein of humour underneath all the viscera and serious sci-fi setting too, and this is shot throughout the whole show, not just the ending. It definitely helps to appreciate irony and the more lighthearted side of life when considering the final few scenes, and to help you survive some of the show’s darker moments. Because it gets very, very dark.

Overall, Altered Carbon tells a solid story with some great characters. The lavish world is the true star here, and while it’s rarely a place any of us would want to live in, it’s impossible to stop yourself admiring the way it’s constructed. While the whodunnit mystery isn’t quite as clever as it could have been, nor the sub-plots as compelling, this is well worth plugging into your life for its full ten-hour runtime. Your mind will be blown, your stomach turned, and your curiosity aroused - just not for every minute of every episode.