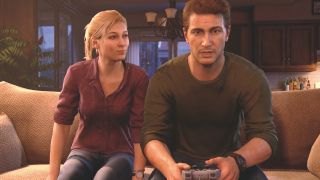 Dan Trachtenberg has become fairly ubiquitous in pop culture circles. The director of 10 Cloverfield Lane and the upcoming Uncharted movie recently helmed the first episode of Amazon's cynical superhero show The Boys, which has already been renewed for a second season. And, if you went to see Spider-Man: Homecoming, there's a good chance you saw his work in theaters too; Trachtenberg directed the action-packed CGI trailer for Warframe that preceded the film. That was just an appetizer for what you can see in the game. The full six-minute version will get you started on Warframe's intense mix of space ninja action and weird far-future lore.

How'd a rising Hollywood filmmaker end up directing the introductory cinematic for a video game, six years after that game first came out? Well, Trachtenberg's brain was filled with two things when he was a kid: movie magazines and video game magazines. You can see where his love of movie mags led him, but there was a time when he fantasised about a different life as a video game developer. It was all meant to start with one perfectly crafted letter to the editor.

"I remember trying to design a Predator game, trying to pitch a level for Predator," Trachtenberg says. "I remember distinctly, really thinking it could happen. Really thinking they're gonna get my letter and they might actually let me make this thing, and making plans for my life if that were to happen. And of course that didn't. And the love of film sort of overwhelmed, and took my life in the direction it took, but I never stopped playing games."

In fact, he wouldn't have ended up becoming a blockbuster director if he had stopped playing games. While Trachtenberg's big break into the upper echelons of Hollywood was directing 10 Cloverfield Lane, it all started with a short fan film called Portal: No Escape, an adaptation of the Valve video game Portal. A former classmate of Trachtenberg's working at the production company Bad Robot showed the film to JJ Abrams – yes, that JJ Abrams who created the TV show Lost and went on to direct Star Wars: The Force Awakens. Impressed by the film, Abrams met with Trachtenberg, and that’s how he ended up working on the quasi Cloverfield sequel.

See what Trachtenberg's Uncharted adaptation is up against with our list of the best video game movies.

Portal: No Escape is clearly the work of a fan, though it mercifully steers clear of the endless winking references that are common in many fan films. The Valve influences in his first major motion picture would continue, albeit even more subtly. The in-media-res approach Trachtenberg took to establishing 10 Cloverfield Lane's world was inspired by the enigmatic intro to Half-Life 2.

"I think Half-Life 2 was a big deal for me,” he says, “and one of the things that I always think of when I mention that game is something that lots of games do. But I think it crystallized for me in Half-Life 2. The beginning opens and you're on a train entering the city. In that moment you know as much as the main character. It's a fish-out-of-water thing, you're entering the place new as the main character and as the player.

"You're learning every new piece of information, so eventually you know all the things all the game wants you to know, but it's doled out in a very specific, measured way. And that's very similar to the way we told the story 10 Cloverfield Lane, with the character waking up, and you know as much as she knows in that moment, and you're slowly learning everything together."

Being away from home for months filming 10 Cloverfield lane, Trachtenberg relied mainly on his PlayStation and a copy of Destiny to stay connected with friends. Then one of his buddies said: "Y'know, Warframe's better than this." And that was how Trachtenberg started playing Warframe, putting in several hundred hours across the game's randomly generated corridors and mod menus and ever-expanding open worlds. A few years (and a few solicitous sent messages to the Warframe Twitter account about maybe doing a commercial or something) later, he was directing that game's new cinematic intro - the tip of the spear in Warframe's big, overdue attempt to better welcome new players.

"So while talking about, 'Oh, if you ever need to do any live action or whatever,' then it became, 'Well, it would be great to craft an opening for the game, we've never had that in all these years we've been around - we've never really had an opening cinematic,'" he says. “And there's things that are so special about Warframe, in that it's evolved so much over the years, that things that are inherent in Warframe happen in different spots [than other games] in the greatest and most amazing way possible. So it's so rad that, after being around for six years, now we have an opening cinematic!"

Trachtenberg wasn't able to talk about the Uncharted movie with quite the same candor, though he did explain why the Uncharted movie is going with a younger Nathan Drake and he confirmed that Bryan Cranston definitely isn't Sully. Trachtenberg added that making an actual in-game movie of Warframe for Warframe doesn't mean you should expect something quite as literal for his Uncharted efforts: "As a fan, I am not looking for a direct adaptation of literally everything that happens in those games. That's not what I want. And I don't think anyone else really wants that"

In an extremely subtle attempt to feel out what may be next for Trachtenberg after Uncharted, I ask if he was excited to see Keanu Reeves take the stage for Cyberpunk 2077 at E3 2019. He responds in the affirmative, then backs up his personal cyber-chops by pointing out how Reeves was previously in Johnny Mnemonic, The Matrix trilogy, and A Scanner Darkly. "It just feels like he's already a part of that aesthetic," he says. Sensing the perfect time to strike, I follow up by asking Trachtenberg if he'd direct a Cyberpunk movie starring Keanu Reeves. See? Subtle.

"Yeah, I mean I love cyberpunk," Trachtenberg answers, thinking for a moment. "It's tricky because there's now so many movies - it's kind of like John Carter of Mars. It inspired so many other movies that when you finally do that source material people feel like they've seen it. And I think that Cyberpunk suffers the same thing."

This is a more considered, measured response than the enthusiastic "Yes and here's who else I would cast" that I was expecting, and it even speaks to some of my anxieties about Cyberpunk 2077 as a game (which, don't get me wrong, I'm still unreasonably excited about). So I guess I didn't quite manage to lock down Trachtenberg's post-Uncharted plans there, but he did tell me that his experience working with Digital Extremes on the Warframe intro have helped bring back a little bit more of that kid reading GamePro and sketching levels for a Predator game.

"I don't want to stop trying to make movies and TV stuff,” he says, “but boy oh boy do I not want to stop doing this also. I'd love to do more of this, for sure, I also would love to dip my hand in the well of actually making a game at some point. I would be desperate to do that. This hopefully is not the end of that road."