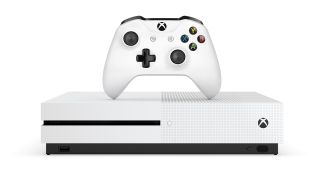 Update: Microsoft reached out to tell us that the original wording of the Major Nelson blog post may have been unintentionally misleading and has since been updated. The company plans to unveil "new Xbox One bundles and accessories" at Gamescom, rather than new "hardware and accessories." Still, new bundles are fun too - here are the best Xbox One X bundle deals right now.

Original story: After an E3 that was all about new games, Xbox is bringing some fresh hardware and accessories to Gamescom in August. The company teased some of its announcements for the massive German show ahead of time in a Major Nelson blog post, leading off with a special episode of the Inside Xbox show that will reveal the new plastic (and partly metal) on August 21 at 7:30 am PDT  / 3:30 pm BST.

"Hardware and accessories" could mean any number of things, but it probably isn't referring to an all-new console. Xbox One X isn't even a year old yet! Think more along the lines of a potential slight hardware revision for the current consoles, or maybe a new controller reveal. Though the Elite gamepad is still very cool, its older features (like a lack of built-in Bluetooth) are starting to blunt its deluxe edge on other Xbox One controllers. It'd be pretty rad to see an official Elite Mark 2 debut in Cologne.

Or maybe Microsoft will just reveal another limited-edition controller design and some new official Xbox One external hard drives - you never can tell with little teasers like this.

The Xbox booth at the show itself will include 25 games, including public hands-on access with Forza Horizon 4, Ori and the Will of the Wisps, the State of Decay 2: Daybreak Pack, and other upcoming games. You can also try out a new-to-Xbox PlayerUnknown's Battlegrounds mode, which Microsoft says will be playable for the first time at Gamescom. And the traveling Xbox FanFest event will keep the party rolling outside of the event on August 23, this time with a view of the Rhein river. Don't worry if you won't be in Cologne, we'll keep you updated on all of the big Gamescom news right here.

For more to play while you wait, check out the best Xbox One exclusives you need to own.