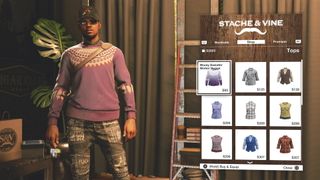 I’ve never really understood high fashion. Every time I pick up a new copy of Vogue only to be told that dropping a grand on a poncho made of beaver eyes is totally in right now, I am baffled. Fashion – especially high fashion – is transient and ephemeral, and if I saved up for a year to be able to afford that beaver-eye poncho, it would already be out of style anyway.

But low fashion – if that’s what it’s called – is a whole different thing. Low fashion is cyclical; it loves to reuse and recycle old ideas. It bases itself on the needs and incomes of younger generations. And that, my friends, is why hipster culture exists. It “ironically” buys its clothes from charity shops, when the real reason is that it can’t afford Topshop. It places emphasis on hairstyles and spectacles, because those are everyday things and therefore hold better value for money. It prizes the vintage look, which, let’s be honest, is very similar to the “I can’t afford to replace this really old, threadbare coat” look.

Watch Dogs 2 is set in San Francisco, where hipster culture has a stranglehold on the city. This is because of a combination of factors: firstly, the tech bubble around SF attracts the young, who are more predisposed to be cool; secondly, it’s a ridiculously expensive city; thirdly, hipster culture is a reaction to those two factors combined. Young people rebel against the cost of living by making money-saving activities, such as baking their own bread and grinding their own coffee beans, seem “cool”. Then, of course, the wealthy 20-somethings reappropriate that, making it all expensive again. Sigh.

Marcus Holloway is one of the rebels. He’s from a low-income family, and he’s in opposition to the corruption and manipulation of SF’s tech corporations. He learns hacking in a community programme. He is not one of the privileged Silicon Valley bros. I first fell in love with Marcus’ fashion choices because they were what I, as a 20-something woman, have been conditioned to find attractive. Jumpers with foxes on! Waistcoats! Plaid shirts! But once I started engaging with the culture, and asking why this look was so fashionable, the more I realised it was emblematic of so much more.

Like I’ve already pointed out, hipster fashion is supposed to be cheap, because our generation can’t afford better. We have to deal with extortionate rents, zero-hour contracts, low minimum wage and, in Marcus’ case, having to pay for healthcare. This world is inhospitable to anyone without a decent salary, and Watch Dogs 2 focuses on the very real fact that the services we use every day – Facebook, Google, Twitter – are so far at the other end of the wealth scale that they’re just a dot to us.

But because hipster culture gets re- appropriated by the wealthy, becoming unaffordable to the very people who needed it most, the fashion in Watch Dogs is ludicrously expensive. $300 for a jumper? $250 for a shirt? In normal circumstances, Marcus would never be able to afford these prices – but he uses his hacking, a skill that he learned because of a community outreach programme, to tip the scales in his favour. He is the most hipster: a modern-day Robin Hood, stealing from the technology companies that have turned San Francisco into a rich boy’s paradise, and using that money to engage with a culture that should have rightfully been his in the first place.

As an aside to all that very serious political- and class-based sartorial stuff, though, the fashion in Watch Dogs 2 is also a very interesting move towards game developers actually researching extras in their games. Grand Theft Auto V had fashion choices, but they were all a bit... meh. It was all about standing out, not fitting in – neons, loud colours, wild styles. People do that, especially in LA where it’s all about being the best, boldest and brightest, but when the average NPC has their own fashion sense, it’s hard to feel like the world is real.

Watch Dogs 2’s NPCs aren’t all fashionable. And that’s fine because that’s real life. But they dress like human beings, and they dress the same as you. Some of them wear Crocs and sandals – and so can you! (Please don’t, though.) Some wear hoodies with slogans emblazoned on the front, mismatched socks and brightly coloured trainers – and so can you! The point with fashion isn’t to make your character unique in a world of sheep – it’s to make a world feel real, and to place your character in a context that makes sense.