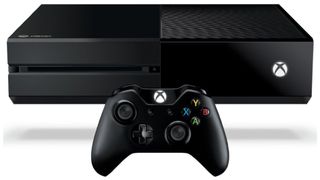 If you live in the UK and have an Xbox One, congratulations: you now - essentially - have free television service in addition to your library of games. A free app, simply dubbed "TVPlayer," is now available for download, and it offers more than 100 channels at no charge. Nice.

While the Xbox One has previously supported subscription apps like Hulu and Netflix, as well as a physical connection to exterior cable or satellite boxes thanks to its unique HDMI In port, this is the first time console owners are being given access to TV content for free. There's an option to subscribe to TVPlayer Plus for £5.99, which adds 25 more channels, but it's not required.

The Xbox One was touted as an all-in-one multimedia device when it was revealed in the long, long ago of 2013. And while it's since shifted to become less of a "Skype while you watch Star Trek" device and more of a dedicated games console, some people still quite enjoy the idea of a single box that can do it all. And I have a feeling those people will be very happy with the TVPlayer app.

Meanwhile, if you're looking for something to play, Mass Effect: Andromeda patch 1.05 has made tired eyes look less tired. And if you look even further to the horizon, you'll see Scorpio creeping ever closer.