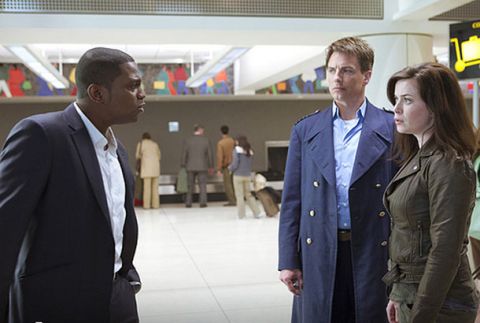 In the trusted style of our Doctor Who previews, a tantalising list of hints of what to expect from the second episode

2 There’s not as much action as in the premiere, but more intriguing discussions about the ramifications of “Miracle Day”

7 One scene is a real head turner

8 Oswald has the mother of all snack attacks, partly because of an odd diet he had to endure while in prison

12 Doctor Vera Juarez comes much more to the fore

15 There are some exciting leaps forwards for some plotlines, but others feel a bit like they’re treading water a bit, which is a bit odd for only the second episode