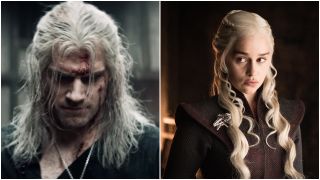 The news cycle may move quicker than Roach on a diet of sugar cubes, but it’s hard to forget the discourse surrounding Game of Thrones season 8. No, not the ending. Almost everyone wanted to spill the tea about the rogue Starbucks coffee cup instead, the one that made its way into a scene involving Emilia Clarke’s Daenerys Targaryen. The Witcher Netflix series showrunner Lauren S. Hissrich has revealed that a similar error was spotted just weeks before her show was due to go live on Netflix.

“God, we hope so!” Hissrich said when questioned about whether every accidental Starbucks cup was removed from her show. “No, I mean, it’s interesting. I was in VFX a couple of weeks ago, and someone’s keen eyes – we were watching something for something else, and someone said, ‘Are those car headlights?’ And you’re like, ‘Yep, those are car headlights.' There are not a lot of cars in The Witcher.”

“So, you know, the good news is that by the time an episode makes it to air, hundreds of people have watched it. And so we hope that there is nothing like that.”

Hissrich also spoke to GamesRadar+ about the oft-used label for The Witcher as the ‘new Game of Thrones’: “The comparison is ultimately incredibly flattering, because at the end of the day, for a new television show to be premiering into a world, and for people to be saying, ‘I think it could be as successful or as popular as that show’ – that’s incredible.”