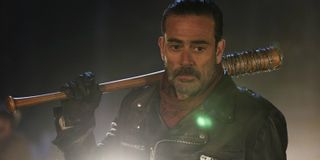 It's been over a month since The Walking Dead's controversial season 6 finale, which elected to save the reveal of which of the show regulars Negan kills until season 7. It's safe to say that the reaction to that decision was extremely negative, and series creator Robert Kirkman has responded to the backlash with a lengthy open letter posted to Reddit.

"The speculation, the frustration, the possibilities, the theories … honestly, in my mind … that stuff is FUN. I honestly feel like that’s something fun for the fans to do during the break. I know people are angry over this, but that wasn’t our intent. The idea was that after 6 seasons of a show, we wanted to stay on your mind and give you something to talk about".

Check out Kirkman's full letter below...

While I can sort of see where Kirkman is coming from, his reasoning is flawed. Killing a beloved character would absolutely have people talking excitedly about the show in the months between season 6 and 7. Instead, most of the conversations concerning the season 6 finale is focused on how much it irritated viewers. In any case, this letter probably won't do much to assuage fans' outrage.

Season 7 of The Walking Dead will debut on AMC later in 2016.