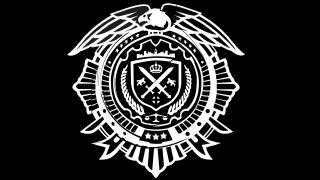 WB Montreal's long-teased DC game is apparently a "soft reboot" of Rocksteady's Batman Arkham franchise, and releasing later this year, according to a new report from Geeks Worldwide.

Citing multiple anonymous sources, the article states that the upcoming title will "kick off a new, somewhat cohesive DC Game Universe", before Rocksteady's own next-gen title (which we already know is using the DC license thanks to job listings on the studio's website) takes the reigns from WB Montreal's hands.

The best Batman games of all time, ranked

In addition, Geeks Worldwide reconfirms reports that Warner Bros. Interactive Entertainment has been trying to get a new Superman game off the ground for some time, and a next-gen project based on the Man of Steel's adventures is also in the works at an undisclosed studio.

Details on the story, setting, and nature of any of these games, however, remains a mystery, though the report does suggest that WB Montreal's project will feature a "playable Batfamily" and "the introduction of co-op".  Indeed, the studio's own annoyingly infrequent teases heavily point to a plot inspired by Scott Snyder and Greg Cappolo's Court of Owls comic book run.

While this report is doubling down on leaks and rumours we've seen before, lending a slightly greater air of legitimacy, it's important to remember that until official confirmation from Warner Bros, it's fair to have a degree of scepticism about the information.

While Sony has already pulled out of E3 2020, there's every chance that Warner Bros could still be attending, so perhaps we'll more official news closer to the timing of the annual game expo. Either way, stay tuned to GamesRadar for all the latest superhero news as it arrives.