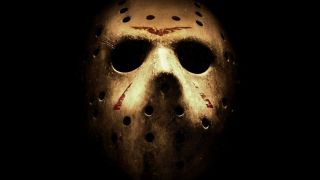 With a tenth Halloween movie on the cards produced by John Carpenter, it only seems fair we get some more news on the hockey mask clad killer Jason Voorhees too.  There's been a few rumours around the contents of the Friday the 13th reboot since the ridiculously mediocre 2009 flick starring Supernatural's Jared Padalecki, but nothing concrete. Thankfully it seems that things are moving along now with a new screenplay.

Speaking to TheReelWorld producer on the project, Brad Fuller has confirmed that there'll be a new angle on the story. When asked if it'll be an origin story, he said “Origin-ish, but it’s an origin that no one has seen before. Obviously Pamela’s there, but it’s a little bit different from what you’ve seen before.”

Pamela, if you remember, is Jason's mother and was the original camp counsellor killer in the first movie. If she's back with a new story, this sounds like a much needed breath of fresh summer camp scented air for the franchise.

Plus, it's definitely not going to make you motion sick. “There was a lot of found-footage scripts that they wanted us to make and I was not going to do that because I don’t think that can exist in Jason Voorhees’ world,” confirmed Fuller. The new script is from Prisoners screenwriter Aaron Guzikowski and Fuller says it has "great characters" and goes back to the beginning so that we can "understand Jason Voorhees". I'm not sure how much we want to understand but this is bloody good news regardless. Now we'll just have to see how long it keeps its apparently January 13 2017 release date. Yes, of course it's a Friday.