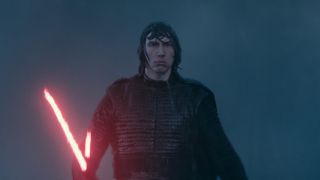 Star Wars: The Rise of Skywalker isn’t a bad film. By the franchise’s standards, it’s not even a below-average film – the prequels have seen to that. But The Rise of Skywalker does have issues; issues that have already been endlessly discussed in Twitter threads and on Reddit forums. It could have been oh-so-different and, whisper it, potentially better.

Less than a month after Episode 9 hyperspaced into cinemas, an early draft of the movie, penned by original director Colin Trevorrow – who was fired from Episode 9 in 2017 – and Derek Connolly, has allegedly been leaked online. It goes some way to iron out the biggest wrinkles in J.J. Abrams’ formulaic threequel, as well as providing a tantalising glimpse into one of the biggest ‘what ifs’ in recent cinema history.

Firstly, how different is Trevorrow’s draft to the final product? For starters, it’s not called The Rise of Skywalker. Instead, the alternate version is titled Duel of the Fates (a nod to the John Williams’ track used in The Phantom Menace) and the plot is the chalk to Abrams’ cheese.

Focusing on another of Palpatine’s grand plans, Duel of the Fates sees Kylo Ren – haunted by Luke Skywalker – discover an old holographic message from the Emperor instructing Darth Vader to seek out Tor Valum, the Sith who taught Palpatine the ways of the Dark Side. Kylo takes Anakin’s place and heads to the Sith master for further training. Meanwhile, The Resistance are hard at work trying to defeat the First Order by using a beacon – housed on the now-ravaged planet of Coruscant – to call on allies for help. Rey continues her Jedi training, mainly in solitude, and Rose has a bigger role.

What’s clear from the “leaked” draft (reportedly verified by The AV Club) is how Trevorrow’s Episode 9 embraces the past, whereas The Rise of Skywalker is suffocated by it – a point that’s best demonstrated by Abrams’ treatment of Emperor Palpatine.

“The dead speak!” begins the opening crawl. How? Check Fortnite. Why? It doesn’t really matter. Palpatine’s back and there will be no further questions. He’s the Big Bad – then, now, and forever. Duel of the Fates changes that entirely.

In the alternate version, Palpatine’s poised as an ethereal threat, the former Emperor corrupting Kylo with words rather than being bafflingly resurrected. A villain pulling the strings from beyond the grave is far scarier than one coming back from the dead to play puppet-master; a shade of subtlety that is sorely lacking from The Rise of Skywalker.

More importantly, the sequel trilogy’s new characters get room to forge their own paths in Duel of Fates instead of having to endlessly deal with what came before. Kylo ignores Force Ghost Luke’s cries to return to the Light, and Ben Solo finally embraces his own mantra from The Last Jedi: “Let the past die, kill it if you have to.” In contrast, Palpatine becomes all-consuming in The Rise of Skywalker, and various secondary plots and characters melt away as the Emperor becomes the focus. Even the sequel trilogy’s big mystery – the identity of Rey’s parents – becoming inexplicably tied to the Sith Lord.

Kylo’s tragic descent into becoming Duel of Fates’ Big Bad – without being redeemed along the way – feels far more earned and in keeping with the character. The new revelation that he was the one who killed Rey’s parents (under Snoke’s orders) is more fitting than the kiss-and-make up conclusion of The Rise of Skywalker. Let’s just gently hand-wave away the genocide of millions across the galaxy, shall we?

The structure also feels vastly improved. Gone is the Sith planet of Exegol, sign-posted as the finale’s destination 10 minutes into Rise of Skywalker. In its place, a series of classic Star Wars set-pieces, including BB-8 hijacking a Star Destroyer and Chewie riding an X-Wing. A series of daring escapades and suicide missions feels far more exciting than the paint-by-numbers MacGuffin chase we did get.

Duel of the Fates, of course, would not have been the cure to all that ails The Rise of Skywalker (and story beats would have undoubtedly changed from script to finished product). There are story beats that also feel too heavily tied to the past – Tor Valum’s presence speaks to Star Wars’ inability to escape being beholden to things that happened a long, long time ago – and splitting up the main characters into several groups at the beginning of the movie would have been a sticking point with some fans (The Rise of Skywalker went some way to rectify this). Yet, for my money, Trevorrow’s version would have been a likely improvement.

In the end, though, the perfect Episode 9 would have been neither Rise of Skywalker nor Duel of the Fates – but a marriage of both their strengths. Palpatine would have been relegated to a dead voice from decades long gone; Rey and Kylo’s trajectories would have been different, and all while maintaining Abrams’ signature breezy style of action and mystery (because, let’s be frank, a Star Wars movie from the director of Book of Henry could have only been so good in comparison to one from the man behind Lost, Star Trek, and Super 8).

It’s likely that Duel of the Fates would have countered some of Rise of Skywalker’s major problems, but it feels like a genuine shame we’ll never get to see Episode 9 as once intended. Now, we have to make do with the most unhappy of happy mediums: a movie that changed directors during pre-production and was an impossible-to-please-everyone sequel to the divisive The Last Jedi.

The deck was stacked against Abrams’ The Rise of Skywalker from the start – but Trevorrow’s vision was a dark, brutal closer that would have been forward-facing. What could have once galvanised the franchise’s future has now left it on a shaky full-stop.

Empire Strikes Back? Rogue One? Find out what came out on top in our ranking of the best Star Wars movies.