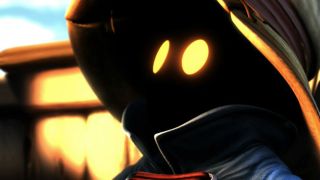 Sony’s traditional pre-Tokyo Game Show press conference is normally enough to pique the interest of hardcore PS4 fans and casual gamers alike, and this year is no different. Step right this way for a quick wrap-up of everything you may have missed, from new trailers, release dates and a few new VR games to blow you away.

While Monster Hunter World dropping January 26 was the marquee moment from the presser, another RPG from out East also got a January release date. Ni No Kuni 2 is coming just a week earlier on January 19, 2018 and – as the trailer below shows – it’s just as beautiful as ever.

If JRPGs aren’t your bag and battling giant mechs is your thing (and, let’s face it, it should be everyone’s thing) then you’ll be pleased to know cult Kojima classic Zone of the Enders is being remastered and making its way to PS4 in 2018, complete with VR and 4K support. It’s also got a snazzy (if confusing) new title too: say hello to Anubis Zone of The Enders: Mars.

Continuing the theme of underappreciated early-00s gems finally getting their due, Final Fantasy 9 is making its way to PS4. Today. What are you waiting for? It’s a PC port so don’t be alarmed if it’s not exactly how you remembered it. Plus, it should come packed with a turbo mode so you don’t have to waste all day grinding. Neat-o.

You’ve probably already started counting your pennies in the hopes of a 2018 spending spree but – it’s not over yet – there’s also a Monster Hunter Limited Edition PS4 Pro (unfortunately only confirmed as coming to Japan for now). It’s out on December 7, 2017 and it is gorgeous.

Finally, if your PSVR is feeling a tad neglected, be sure to check out Neko Atsume VR, based on the kooky feline snagging sim Neko Atsume: Kitty Collector, which is available on iOS and Android. Only a logo was shown off but it’s a cat-collecting VR game. I repeat: A. Cat. Collecting. VR. Game. What’s not to like?

You can check out the entirety of the Sony pre-TGS press conference below.