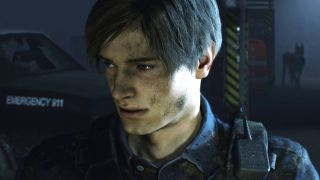 Update: Capcom is looking for playtesters for a new Resident Evil game in the US, too. An invitation sent out to members of the US Resident Evil Ambassador Program is calling for applicants who have experience with the series to come try out the game at two private events next month.

"Today, we’re reaching out to recruit potential testers from our loyal RE Ambassador community to try out a new game in early development," the message reads. "We’d love to get your feedback, so please take a look at the info below and apply if you’re interested in participating."

The playtests will occur in late September in New York City and Los Angeles, and if you do get in, you'll be responsible for arranging your own transportation to the event. Testers won't receive any form of compensation beyond the satisfaction of knowing they played a new RE before anybody else.

Original story: The Resident Evil series has been on a roll with its last two games, and now Capcom is putting together a base of playtesters for what is very likely to be the next one. The bad news is that Capcom's only accepting applications from members of the Resident Evil Ambassador program who are based in Japan, but the good news is that the playtest is coming right up next month. Maybe that means the new game won't be too far behind?

Resident Evil fan site Biohaze spotted and translated the announcement, which was delivered to Ambassadors via email, and it states that the playtests will be conducted on September 8 or 9. It doesn't specifically say the new game will be a Resident Evil/Biohazard title, but it does say that you should have experience with the series to apply. Hopefully you already have that if you're on the Resident Evil mailing list.

Capcom teased back in May that it has more games coming with the same engine that powered the Resident Evil 7, Devil May Cry 5, and the Resident Evil 2 remake. A logical next move would be a Resident Evil 3: Nemesis remake, since it could share some of the work Capcom put into bringing Resident Evil 2 to current generation systems; both games have scenes in the Raccoon City Police Department, for instance.

Oh, dang. Imagine if Capcom had been working on both games simultaneously and it managed to put out the 3make (sorry) in January, a year after the 2make (that one doesn't even make sense) arrived! But, uh, some other game would be cool too. No pressure either way, Capcom.

The lucky few that Capcom recruits for the playtests next month will be the first ones to find out, but hopefully we won't have to wait too long for a public announcement.

Find something else to sink your teeth into on our list of the best zombie games.