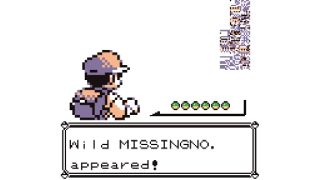 One of Pokemon's longest mysteries may have just been solved thanks to a manga and a man by the name of James Turner. Turner, who works at Game Freak as a Pokemon designer, tweeted an image of a manga recounting the life of company founder Satoshi Tajiri, noting that it contained several never-before-seen Pokemon which were cut from the release of Red and Blue.

From the Satoshi Tajiri manga...Early designs of Pokémon, including ones that didn’t make the cut.Interesting, huh? pic.twitter.com/3Xkyzp9NIYMay 16, 2018

There are four new creatures to be spotted here: a deer/dragon creature at the top-center, a wild-eyed crocodile two down from that, a shark with a harpoon nose two further down, and a sort of cactus with legs to the immediate left. And while seeing unused Pokemon designs and wondering "what if" is always fun, Twitter user @crystal_rby may have noticed something even more eyebrow-raising:

This gives a more accurate idea of what MissingNo actually are. They are not necessarily a leftover of Pokemon data that was inserted and then removed; they just had someone make numbered designs, and the Pokemon were inserted following those numbers, thus leaving empty slots. https://t.co/4zOCWfqMtwMay 17, 2018

Odds are if you played Pokemon Red or Pokemon Blue, you've heard of Missingno. This special, glitched Pokemon could only be captured by essentially tricking the game, and carried with it risks of data corruption and graphical bugs. But still, it was useful for cloning rare items, as whatever you held in your sixth inventory slot would be boosted to 128 when you encountered or captured one. One hundred twenty-eight Rare Candies and Master Balls? Yes please.

The name - a portmanteu of "missing" and the shorthand for "number" - plus a corrupted sprite and the fact that sometimes a Missingno would let loose a battle cry unmatched by any other Pokemon led many to think that Missingno was evidence of Pokemon that had been in the game at one point, but removed before release. However, Crystal's tweet would suggest they were a bit more unfinished than that. Most interesting of all, one of the numbers of the unused Pokemon as seen in Turner's tweet (67, specifically) does have a cry associated with it that players can hear upon encountering Missingno.

So while players have known for awhile that Missingno are basically incomplete Pokemon data, the origin of that data, how far along it was in development, and what it would have been were a mystery. More than 20 years later, it seems we have an answer: a bipedal (bi-petal?) cactus.

Now we just need to figure out what the other 38 Missingno are. Oh, you didn't know there are actually more than three dozen of these things? Yeah. This mystery isn't totally solved just yet, so hop to it, PokeSleuths!