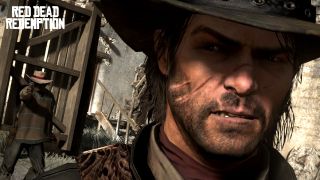 One of the most requested Xbox One backwards compatible games is finally coming to the console. Xbox live director of programming Larry "Major Nelson" Hryb revealed on Twitter that you'll be able to play (and buy, if you don't already own it) Red Dead Redemption on Xbox One within days.

Red Dead Redemption from @Rockstargames is coming to Xbox One Back Compat this Friday pic.twitter.com/MYuhq4vhkYJuly 5, 2016

Rockstar's open-world Western game is currently the third most-requested Xbox 360 game on Microsoft's official backwards compatibility poll, behind Call of Duty: Black Ops 2 at No. 1 and Skyrim at No. 2 (with Skyrim getting a remastered Special Edition I wouldn't hold my breath for the latter). And Red Dead Redemption was briefly playable on Xbox One back in February, indicating that Microsoft has been working on it for a while.

With Red Dead Redemption coming back from the past, this would be a great time for Rockstar to announce a sequel. Yep, any time you want to do that would be fine by me, Rockstar.