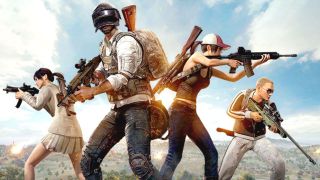 PlayerUnknown's Battlegrounds, otherwise known as PUBG, is about to become free to play on Xbox One - in a manner of speaking. The popular battle royale game is coming to Xbox Game Pass on November 12, joining more than 100 other Xbox games that anyone with a Game Pass subscription can access at no additional fee.

The news was announced as part of XO18, an Xbox-centered event in Mexico. (Sidenote: be sure to read our XO18 recap as well for all the news you missed!) But it wasn't the only game that will be coming to Xbox's digital buffet of games; Microsoft announced a total of 16 games coming to Xbox Game Pass in the near future. The full list, in order of release date, can be found below:

You've no doubt heard of some of these (Ori and the Blind Forest and Hellblade: Senua's Sacrifice were both well-received by critics and players alike) but there are plenty of games on this list worth getting excited about. Mutant: Year Zero is basically post-apocalyptic XCOM with a talking duck squadmate, The Good Life from Deadly Premonition director Swery is sure to be a quirky romp, Thomas Was Alone is a BAFTA Award winner, and Pathologic 2 is a moody, oppressing successor to one of gaming's most notorious cult classics. Then there's Crackdown 3, which we already knew was coming to Game Pass the same day it launched at retail, but now has a firm release date of February 15.

And just in case you still haven't tried out Microsoft's take on the 'Netflix but for games' concept, the company is offering a special offer to Xbox Game Pass newbies: sign up between now and January 3 and get your first month for $1 (normally $10). Or, you can make a bigger commitment and get a 12-month subscription for half off. Either way, you're gonna have a lot of games to enjoy.

Did you check out all the other news from XO18? We've got details on Crackdown 3, Shadow of the Tomb Raider DLC, Devil May Cry 5 modes, a Sea of Thieves update, and much more.