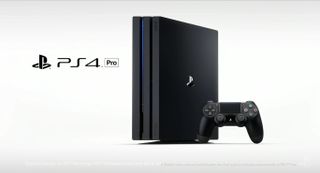 The PS4 Pro is coming to Anaheim, CA as part of PlayStation Experience 2016, the annual convention that celebrates all things PlayStation. The upgraded console will be hooked up to 4K, HDR-enabled TVs for your viewing and hands-on pleasure for the duration of the show, which runs December 3 and 4.

Now, the PS4 Pro launches on November 10, so it'll actually be available for nearly a month before PlayStation Experience 2016. Still, considering you need a 4K TV to get the full benefit of the system, I'd argue it's worth it to get tickets and attend the event so you can see it in action for yourself before spending that kind of cash.

And hey, even if you have zero interest in PS4 Pro, PlayStation Experience is a great event for Sony fans. In 2014, the convention gave us our first look at Uncharted 4 gameplay, plus announcements for Drawn to Death and What Remains of Edith Finch. In 2015, it was revealed that Nioh would be coming to the West, and we learned of Ni No Kuni 2.

In other words, the question isn't "will there be anything worth seeing," it's "what will Sony and friends show off this year".