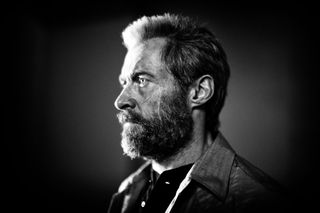 We’ve already established that Logan is more like a Western than a traditional superhero movie, and now it sounds like it’s taking another step toward emulating old classics of that genre. Writer/director James Mangold tweeted that he’s currently working on a black and white version of Logan:

Creating a black and white cut of a modern movie isn’t a new idea - films like Mad Max: Fury Road and The Mist have received that treatment in recent years - but it’s one that perfectly suits this specific project. Logan takes place in a dusty, bleak, futuristic hellscape, and removing the color from the film would not only draw a more direct line to the classic Westerns it’s inspired by, but it would serve as a way to highlight the incredible performances of Patrick Stewart and Hugh Jackman. Since both of them have said Logan will be their last time playing these characters, I can’t think of a better way to send them off than with a version that strips away everything but the essentials and leaves audiences with a clear memory of their iconic work as Professor X and Wolverine.

Logan is in UK theatres now, and arrives in the US tomorrow.