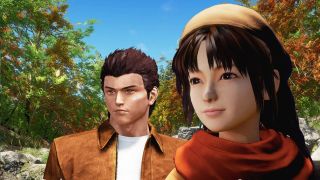 “Don't it always seem to go, that you don't know what you've got till it’s gone.” So sang Jodi Mitchell in 2002, her lyrics clearly alluding to video game trade show E3, and those missing-in-action games which linger over the convention like a haunted phantom. Year after year, without fail, E3 casts doubt on expectations as much it does stoke up the fire of anticipation, as the show comes and goes without saying a word on some of the biggest games in development. 2017 was no exception, whereby what wasn’t said about in-the-works titles was almost as telling as the biggest announcements of the week. Here are ten of the hottest games that were totally missing from E3 2017.

After such a megaton showing at PlayStation Experience in December, one might assume that Sony would want to keep The Last of Us 2 train rolling with a follow-up show-stopping appearance at its E3 presser this summer. Yes, Naughty Dog only just announced that the game was in pre-production, but surely they could give us something to whet our appetites. Nope, sorry. The Last of Us 2 was a definitive no-show at E3, detected only in name among the confused whispers of the audience as they left the PlayStation auditorium. Uncharted: The Lost Legacy looks great and all, but the lack of Joel and Ellie was the biggest Naughty Dog talking point of that day, and not for the right reasons.

Ironically replicating the semantics of its own name, Media Molecule’s spellbinding sandbox was nary to be found other than buzzing within the brain-waves of expectant fans this week. The LittleBigPlanet creators had to delay Dreams’ planned beta last year, the new launch date of which still hasn’t been announced, so it looks like development has hit a few bumps in the road to release. Even knowing that, it would have still been nice to see how Dreams is coming along, especially as it looks set to be one of the most unique titles ever seen on the PlayStation 4. That ambition, though, is probably the very thing holding Dreams back from an official release date, and the same reason explaining the unfortunate lack of an E3 presence this year.

You’re killing me here, EA. After announcing and teasing Visceral’s upcoming Star Wars title for the last three years, E3 2017 offered up no new updates or information about the project - not even a name. What we did receive, however, was an explanation for the absence, though not from EA itself. Amy Hennig, the game’s creative director, took to Twitter to explain that Star Wars Battlefront 2 will be holding the franchise spotlight for EA this year, so don’t expect any more news until 2018, I guess. For the time being, we can merely savour the limited screenshots and test footage shown at E3 last year, in the hope of uncovering new secrets about what this elusive Star Wars adventure actually intends to be.

It might seem fruitless to mention Agent at every single E3 following its now ancient 2007 announcement, but remember that the same thing was said about The Last Guardian, and look what happened there. Agent was never officially cancelled (hell, it still has a website), meaning that it is technically still in development. Ergo, an E3 reveal is never off the table. Alas, E3 2017 was not that E3, the only agents on display being the titular squad from Volition’s Agents of Mayhem. Even if Rockstar had planned to show anything (which was unlikely, considering the studio’s style), it would have been Red Dead Redemption 2, leaving Agent to gather yet more dust on the company’s to-do tray for the foreseeable future.

Whatever Sucker Punch is working on

It’s been more than 28 dog years (fact) since Sucker Punch released its last title, Infamous: Second Son, in 2014, and we’ve heard nothing from the studio since. After rumours that it was making a Spider-Man game were quickly squashed by the Insomniac reveal last year, all eyes were on E3 2017 for a new Sucker Punch IP - or perhaps another Infamous sequel - to hog the PlayStation limelight, but it wasn’t to be. We know that the studio has been working on something for a while now (it’s recently been recruiting more open-world designers into the team), but clearly Sony is keeping things in the dark for now. I mean... it's blatantly inFamous 3, right? Hopefully PlayStation Experience in December will be more fortuitous for Sucker Punch fans, then, because E3 gave them zilch.

Remember Deep Down? Capcom’s multiplayer dungeon crawler? Announced at the very same conference where the PlayStation 4 was debuted? Yeah, that Deep Down. In the time since, the game has seen repeated delays, development reschedules, and a decision to apparently pursue a free-to-play model, but we’ve yet to see any actual footage beyond that initial CG trailer from 2013. An update on progress at Sony’s E3 conference was a possibility, then, but the curtain closed without so much as a reference to the project. There’s always next year, I suppose.

A quick headcount on this list reveals that PlayStation is the biggest culprit when it comes to game development transparency, and its virtual reality line-up is no anomaly to this pattern. Golem is an upcoming VR title from Highwire Games, first announced at PlayStation Experience in 2015. It looks promising, with the likes of famed Halo composer Marty O’Donnell on board, but there’s been nothing but dead silence from the studio for a while now. A presence during Sony’s obligatory VR sizzle reel could have made for a nice update, but Golem and Highwire still remain AWOL at the time of writing.

Shenmue 3’s glorious announcement at E3 2015 was coupled with the significant caveat of a Kickstarter campaign for the game. In other words, development is still in the very, very early stages of its life cycle. In fact, if Yu Suzuki’s ambitious vision for Shenmue 3 is to be fulfilled, it’s unlikely to command any major E3 showings for a while, but I’m willing to be pleasantly proven wrong. The project more than surpassed its original Kickstarter funding goals, too, so it’s not like Suzuki and his team are short on resources. In any case, this year was a Shenmue-free (see what I did there?) conference for the PlayStation camp once again.

To its credit, 343 industries did come out a few weeks before E3 to say that Master Chief would not be making an appearance at the Microsoft briefing, but we’ve been deliberately misguided before. With Microsoft making its big push to promote the Xbox One X as the next big chapter in console gaming, the return of a defining Xbox icon to its spanking new machinery certainly seemed plausible. Well, it turns out that 343 wasn't messing around. Halo 6, or whatever the next inevitable Master Chief adventure will be called, was entirely absent from E3 2017, unless you’re counting the fairly innocuous Halo Wars 2 DLC, of course.

By all official accounts, Starfield is not a game in development at Bethesda Game Studios. And yet, all the rumours and murmurations would lead anyone to the conclusion that the Elder Scrolls/Fallout-esque sci-fi RPG has to be in the works. Whether this gossip is the unofficial truth or baseless hearsay, the fact remains that nothing of Starfield was mentioned at Bethesda’s E3 presser. The more interesting development about the state of things over at Bethesda Game Studios is what happened afterwards. In an interview, Bethesda head honcho Pete Hines came right out and stated that The Elder Scrolls 6 isn’t in development at the moment, as the team are hard at work on two other massive projects. Could Starfield be one of those projects? E3 2017 didn’t have the answer....