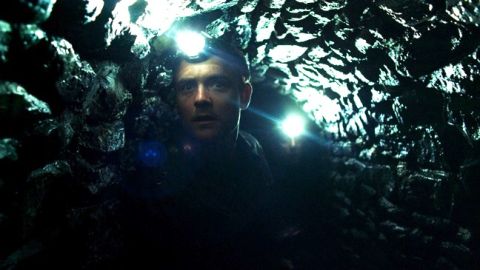 Then best buddy/co-killer Gal (Michael Smiley) comes round for a roast and a chat in the basement. He's been offered a lucrative assignment: kill some people, on a list.

Moral salve? They're bad people, probably. Besides, it's time Jay "got back on the horse."

Anyone who saw jobbing TV director Ben Wheatley's 2009 feature debut Down Terrace - a galvanising mix of kitchen sink, soap, crime drama, Shakespearean tragedy and piss-taking comedy shot in eight days for £6,000 - will go into his slippery sophomore effort with a toehold on what to expect.

Just don't be surprised if that toe is then hacked off and sent to you in the mail...

Set in a Sheffield that's dingy and banal yet infused with the mystic malignancy of the surrounding countryside, Kill List, like revenge, is best served cold.

Which means you should content yourself with a glance at the star rating and know only that it's a film you must discover for yourself.

Kill List builds with nary a jar or jolt from naturalistic domestic drama to Grand Guignol horror movie via a succession of small-talk stakeouts culminating in grubbily violent hits.

It's also a mystery movie, a road movie and a grotesque riff on Arthurian legend, and is influenced as much by John Cassavetes, Alan Clarke and Ken Loach as Witchfinder General , The Wicker Man and The Blood On Satan's Claw .

It doesn't stop there, either. Sift through the escalating carnage and you'll find a study of friendship, an examination of masculinity and some credible political asides.

Admittedly, after so much (re)invention, the final act emerges as something of a horror staple, and the savage climax is guessable - not least because it's nearly identical to that of a much lesser movie from last year (a case of strange quirk rather than pilfering).

But Wheatley negotiates the home straight with brute force and unwavering control, his mastery of mood and technique unleashing a visual and aural assault that's all the more shocking for the moments of eerie quietude and inappropriate politeness that punctuate the bloodlust.

When you're not screaming "What the fuck?" you'll be screaming, full stop.