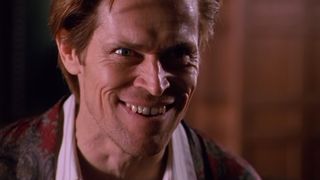 This initial report says that Dafoe is poised to appear in both parts of the superhero team-up flick as one of the "good guys." We just don't know who specifically he's playing yet. Is he a regular joe or another gifted metahuman? With a role spread over both movies it could be any number of iconic characters from the comics. Then again, as Zack Snyder proved in Batman v Superman, that doesn't guarantee safe passage (*sniff* Jimmy Olsen), so Dafoe might be an entirely new creation a la Holly Hunter's Senator Finch.