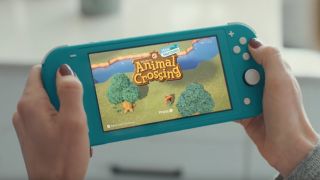 Animal Crossing: New Horizons may not allow players to move their save data from one Switch to another. The news comes according to a supposed box art leak from the German editions of the game that first popped up on the Nintendo Switch subreddit.

In addition to reminding players there can be only one island per console, the box art also clearly states, albeit in German, that transferring data is “not supported for this software.” That means players should choose wisely when deciding where to plant their flag. Homes with multiple Switch consoles will have to keep all players’ data to one Switch, and then hope they never lose access to that console - and if you ever decide to upgrade in the event of a Switch Pro, be prepared to say farewell to your save data.

It’s a troubling situation for the diehard Animal Crossing community, which often pours hundreds of hours into a save file per person, but it’s not all bad news for the game. This recent TV spot reveals some new gameplay footage and the title screen, if you’re really itching for your Animal Crossing fix. Then there’s this new Animal Crossing-themed Switch which quickly took the world by tweetstorm.

The box art also reveals the size of the game. Animal Crossing: New Horizons will take up 6.1 GB of space, which doesn’t seem too bad for a game many will be playing all day every day forever, right? We don’t have long to wait now, as it hits stores on 20 March.

We’ve got more than a few Animal Crossing fans on GamesRadar, and they decided to craft their own characters for the game.