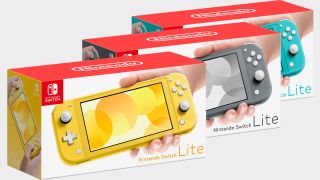 Nintendo president Shuntaro Furukawa revealed in a financial briefing that there are currently "no plans" to release a new Switch model in 2020. The messaging contradicts previous reports that a Switch Pro of sorts was set to launch this year.

The online briefing report also makes clear that Nintendo doesn't plan on switching up its strategy for 2020 in any significant way.

It's a little peculiar that Furukawa used the words "no plans" when addressing rumors of a new Switch console in 2020, as if Nintendo would have the time to decide on plans and then design, develop, and launch a whole new console by year's end. More likely, he meant to shut down the rumors entirely, but it's possible Nintendo just isn't ready to reveal the news quite yet.

The most widely-circulated rumor is that Nintendo plans to release a beefed-up version of the Switch, potentially with 4K support and new cartridges. It would make sense for Nintendo to have something planned to keep up with next-gen consoles launching this holiday season, especially considering the Switch is underpowered even compared to current-gen hardware. But this is Nintendo we're talking about, which means anything is on the table.

Switch Pro or no Switch Pro, here are the best Switch games you can play right now.