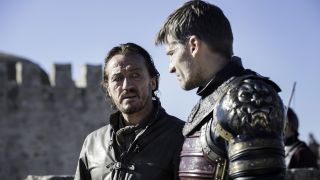 Game of Thrones season 8 and its leading players may have a lot going for it, but they can’t argue with cold, hard numbers. Almost as unforgiving as the White Walkers themselves, an algorithm developed by a data scientist has revealed who is most likely to kick the bucket before all is said and done. Spoilers below… I guess?

DataRobot’s Taylor Larkin has crunched the numbers and charted the lives (and deaths) of over 2,000 Westerosi residents (H/T EW) to map out who might make it – and who might perish. The algorithm, which takes into account a number of underlying factors including gender, age and whether you’re a Targaryen across 2000 wiki entries, churned out some interesting findings.

Men are more than likely to die, as are the elderly. The amount of branches already pruned from your family tree plays a huge role, too. Which makes some of the following results less-than-surprising:

I can’t be the only who finds it hilarious that literal science has absolutely no clue whether Sansa is making it out of the season alive, but, most interesting, is the top three.

Dany, Jaime, and Tyrion all have data-based bullseyes on their backs and have a very good chance of dying in Game of Thrones season 8. The others that are more likely than not to die include Bran, Cersei, Euron, and Jon (again, poor thing).

Any Gendry fans can rest easy (we hope). The eternal rower should be safe once all is said and done. As for the rest? Let’s pray science is wrong. Please, just this once?

It gets better: there's a whole host of Game of Thrones season 8 theories for you to sink your teeth into. And make you cry.