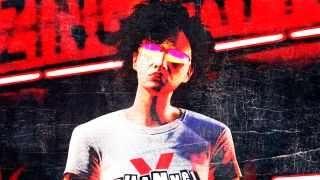 The new RC Bandito Races proving that size doesn't matter include Tour of Duty at Fort Zancudo, Tourist Trail at Paleto forest, and Cargo Chaos on Elysian Island. As a little sweetener, the benevolent Rockstar overlords are handing out Double GTA$ and RP across all RC Bandito Races until March 6.

If you need something to listen to while you race or plan the next heist, there's now the Grand Theft Auto Online: Arena War Official Soundtrack, which goes on sale tomorrow. Created by Health, it includes new tracks from the band - who also composed the score and song Tears for Max Payne 3 - and features exclusive tracks.

"Become an architect of mass destruction and mass entertainment in one fell swoop with the Arena War Creator, now available in GTA Online," says Rockstar.

"Using any of the Arena Contender vehicles, create your own Arena Vehicle Deathmatches and Arena Races using the Future Shock, Apocalypse and Nightmare styles. Set special lighting rigs and arena props and practice your maniacal laughter for when your friends say they have what it takes."

If that's not enough, there are also double rewards on Contact Missions, Rockstar Stunt Races, and Hunting Pack (Remix) modes, as well as double salary for Bodyguards and Associates. Discounts this week include 30% off Contender Vehicles and accessories for Arena War, 30% off offices, special cargo warehouses, nightclubs, hangars and bunkers. Vehicle discounts include 35% off Elegy Retro Custom upgrade, the Pegassi Tempesta, and the Överflöd Entity XXR.

Need cash for all those goodies? Check out our top tips for how to make money fast in GTA Online.