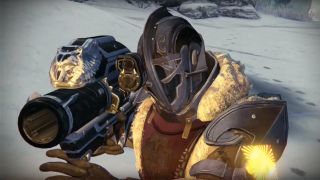 Something called "Destiny: The Collection" may be coming your way soon, Guardian. Xbox tipster lifelower tweeted an image of what appears to be an Amazon UK listing for a new current-gen version of Bungie's quasi-MMO shooter due to hit shelves on August 18. Unfortunately, it's not clear what such a "collection" would contain.

Based on all the "definitive" editions and the like that we've seen this generation, it would make sense to assume that Destiny: The Collection would contain the base game plus the currently-available expansions. However, since we already have a version of the game that does that (Destiny: The Taken King - Legendary Edition), I would think this collection would need something extra to make it worthwhile.

Destiny's fourth expansion, Rise of Iron, won't be available until September 20, so unless Activision is going to give buyers of Destiny: The Collection a month's head start on content, I don't think it'll contain that either. I suppose a voucher for Rise of Iron is a possibility… what do you think? Let us know your theories in the comments, and if you've seen something newsworthy, tell us!