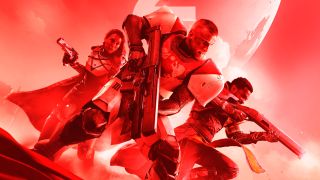 Destiny 2 shaders work differently than they did in the first game: they can be applied to individual items! But they're also consumable. Bungie's sequel makes so many little quality of life improvements on the original that it's difficult to count them all, but those two relatively minor tweaks are dominating the community conversation a few days after launch.

• Read our Destiny 2 guide and find out out how to finish the campaign and start clearing Strikes like the best of them.

In the original Destiny, shaders were permanent pieces of gear, like most of the loot you could earn from killing enemies or completing tasks. You popped one into your shader slot and it would color all of your armor in matching tones. In Destiny 2, shaders drop in multiples of single-use items and each piece of gear, including guns, has its own shader slot. You can still find shaders in the wild but you can also get them in Bright Engrams, sold via microtransaction (and earned by leveling up once you hit the level cap) at the Eververse Trading Company.

Many Destiny 2 players are frustrated by the new shaders

When I checked, six of the top 20 Destiny Reddit forum threads were all about The Shader Problem. This was the most active of them all - look at those upvotes!

The poster rightly observes that this new system - as we know it now - will lead to all kinds of unfun stuff like stockpiling shaders for that one perfect gear set that will never actually arrive. A lot of players are airing their grievances on Twitter too.

I don't like the shader system in destiny 2. I want to look pretty but I also know I will constantly change my mind about them 😭September 7, 2017

My one complaint about Destiny 2 is the shader system. Why go a step backwards compared to the 1st? Making it a consumable sucks.September 7, 2017

@Bungie guys, loving destiny 2, you knocked it out of the park but please #bringbacktheoldshaders the consumable shader thing sucks.September 7, 2017

Some players are giving Bungie the benefit of the doubt

These are still early days for Destiny 2, of course, and a lot could change. More generous shader conditions might even already be part of Bungie's roadmap.

I think people are blowing the shader microtransactions in Destiny 2 out of proportion. It's been what 2 days since release?September 7, 2017

Maybe Eva will show up with the missing faction vendors and sell unlocked shaders in exchange for glimmer.September 7, 2017

At least bright engrams are pretty frequent and rep is easy. It's not THAT big a deal in my eyes. Raid shaders are gonna be problematicSeptember 7, 2017

It says good things about Destiny 2 that this is the biggest sticking point most players have arrived at so far. On the other hand, it is a pretty big bummer for everyone who used to enjoy swapping through shaders like they were going out of style. Whether and how Bungie responds to these player concerns will set a strong precedent for the years of Destiny 2 ahead.