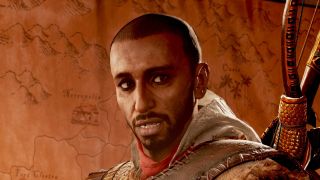 It might only be Tuesday but that hasn't stopped an Assassin's Creed rumor dropping, Sims creator Will Wright announcing his new game, or George RR Martin showing off his brand new, dragon-free, TV show.

Assassin's Creed is all Greek to the internet

If you've played through Assassin's Creed Origins you'll know that as well as Egypt, you get to spend some time in Greece. According to the latest rumors about the next (currently unannounced) installment of the series, you'll be spending a lot more time in the land of myths and legends. Comicbook.com has heard that in 2019, the Assassin's Creed will focus on Ancient Greece.

Build a game with your memories

Will Wright is the creators of The Sims and Spore, and his next game follows his tradition of playing with big ideas. "Proxi is a game, an experiment for the player to create and tune their own personal AI, their own proxi," says the official site. It sounds weird and fascinating, will be out this year, and Wright is holding a contest for artists who want to get involved.

From Game of Thrones to "Psycho in space"

To the delight of TV fans and despair of anyone waiting for the final Game of Thrones novel, George RR Martin is here to tell you about his new series, Nightflyers, which he calls "Psycho in space." The show will air on Syfy, but has no release date yet.

Rockstar might be busy making cowboys, but it's always got time to look after GTA Online faithful. This latest update adds two new racing modes and five new cars.

Cloak & Dagger are the latest Marvel heroes to get their own TV show, and now they're being immortalised in digital plastic too. The Cloak & Dagger Character and Level Pack DLC for Lego Marvel Super Heroes 2 will set you back just $3.

The Avengers: Infinity War directors reveal which two characters are getting the most screen time

Did you spot the first naked Walker on The Walking Dead? If not, here’s a (better?) look…