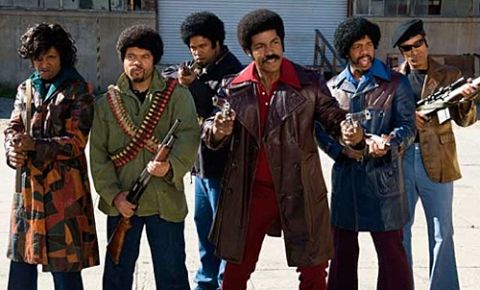 After a career on the sidelines, Michael Jai White ascends to lead this superlative send-up of the blaxploitation genre.

A revenge quest that leads from the LA streets to Kung Fu Island and beyond, the plot is a mere hook on which director Scott Sanders hangs an affectionate, painstakingly accurate take-down of genre tropes, from OTT zooms to visible boom mikes.

Some of the gags will be lost on those who don’t know their Shaft from their Super Fly , but for the initiated this is flawless spoofery – see it and spend the rest of the year quoting lines to anyone who’ll listen. Y’dig?