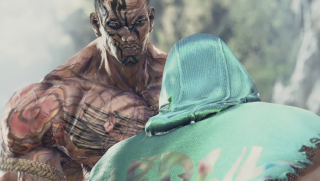 Two new fighters are readying up to join the roster in Tekken 7.

Announced at the Tekken World Tour Finals 2019 over the weekend, Bandai Namco released new details about Muay Thai champion Fahkumram and Ganryu, as well as a new teaser for the previously announced new face, Leroy Smith.

All three characters are coming as part of the season pass – along with a Thai fighting stage (thanks, Gematsu) – although for now, we're unclear on when they'll be released.

Though the developer opened up a little about Fahkumram – apparently, the Muay Thai champion is "ready to enter the ring to fight for his family's freedom!" – it was less forthcoming about Ganryu, who remains something of a mystery for now.

During the Tekken Finals Evo 2019 in August, a short clip featuring Snake talking over a codec was shown, which quickly led fans to believe the special ops soldier would be joining the roster in Tekken 7. Sadly, it was just a joke and Evo shortly took to Twitter to confirm that it wasn't meant to mislead anyone into thinking it was a character reveal.

While Snake won't be adding his special skills to the Tekken scene, martial artist Zafina – who first appeared in Tekken 6 – and Leroy Smith were, however, unveiled at the time. A new teaser has been released for the latter, too – check it out below:

This is still not as bonkers as when The Walking Dead's Negan was added as a DLC character, though...