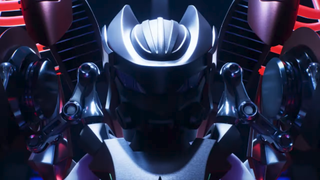 Niantic and The Pokemon Company have revealed Mewtwo will be returning to Pokemon Go  on July 10, but this time the legendary psychic Pokemon will be sporting a new armored look for a raid battles event that will run for a limited time. A teaser trailer shows Mewtwo getting suited up in its armor to present players with a new five star raid challenge.

Players will be able to take on the challenge from 1pm PDT / 9pm BST on July 10 - 1pm PDT / 9pm BST July 31, and of course, as with all legendary events, you’ll have the opportunity to capture Mewtwo in all its armored glory. Aside from the CP shown in the trailer (which might not be accurate), we don’t know too much about the armored version’s stats just yet, but regardless, it’s cool to see the legendary Pokemon make a return in style.

The armor Mewtwo is kitted out with is featured in the upcoming CG Pokemon movie, Mewtwo Strikes Back: Evolution, which is due to release in Japan next week on July 12. An English version of the film is expected to be released later this year on November 17. The film is a remake of Pokemon: The First Movie that originally released in Japan back in 1998. The ominous glowing eyes of the iconic Pokemon as it floats down in a veil of light is a nod to a classic scene from the first Pokemon movie, which you can see is closely recreated in the remake’s trailer. Talk about nostalgia.

On the hunt for legendaries? Check our Pokemon Go legendaries guide for all the helpful tips you need to catch em’ all.